Week in My Life - Saturday 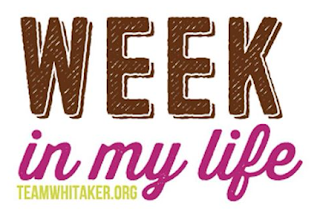 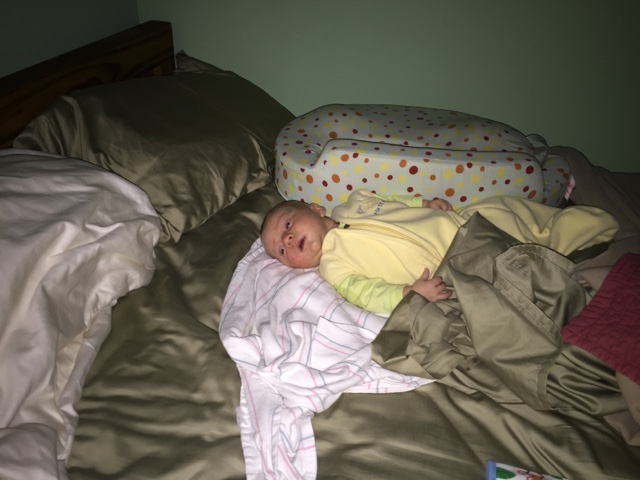 I don't think I'll get tired of waking up to this view... 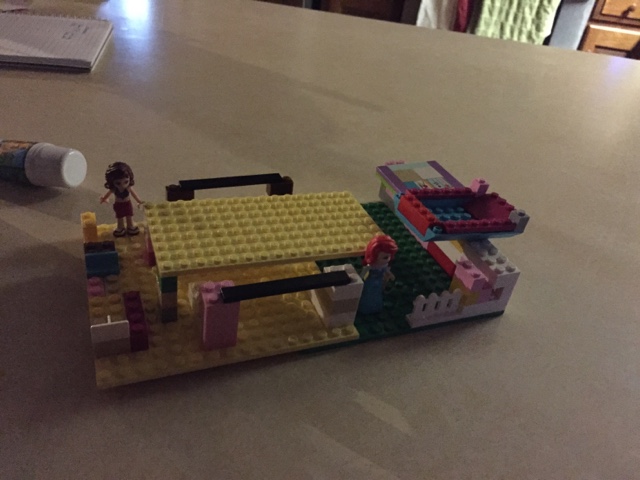 Here's E's Lego creation that she was saving from R's potential destruction. It is on Lee's major todo list to make a Lego table for upstairs. If you have any brilliant ideas let me know otherwise to Pinterest I will go... 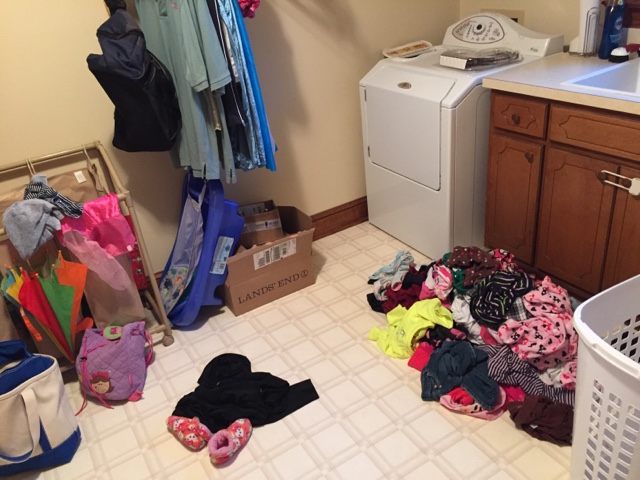 It is Saturday so you know what day it is around here? Laundry day. Usually I'll employ the girls to get their clothes separated but E was leaving and I wasn't up for a battle so I just did it. 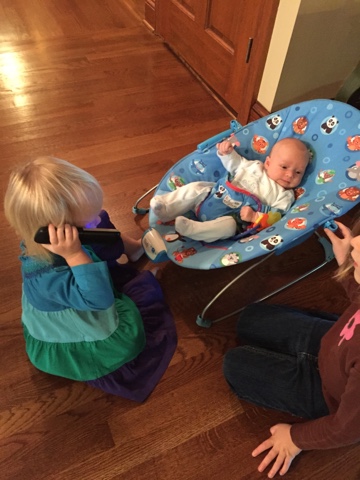 E and M have really taken to A. R is still mostly doing her own -almost-4-yr-old thing so she is usually not paying him much mind. I think M is on the phone with Grammy and Grandpa Joe. Now when they call all the girls want to talk so the conversations can be a bit lengthy : ) 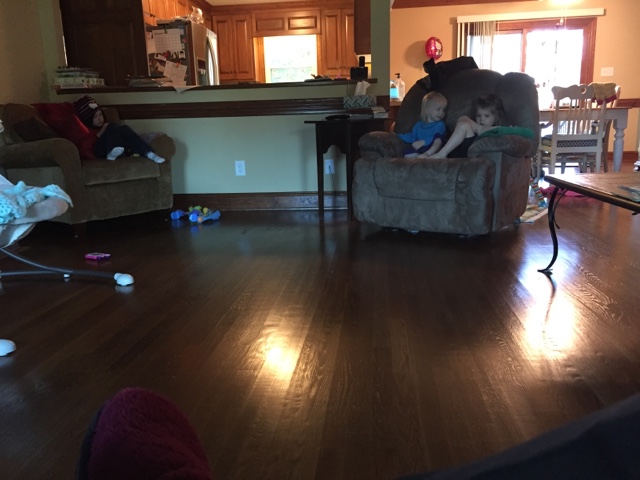 We did our Jesse Tree before Papa and E headed out. We really have not been on top of it like we were last year so we definitely need to do better at planning 5-10 minutes in the morning or evening to do it. 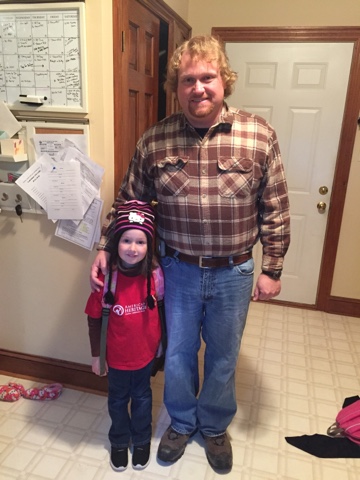 E and Papa were heading out to the campgrounds where her American Heritage Girls had spent the night and were spending the day. Neither of them really knew what to expect. Here's to a father-daughter adventure! 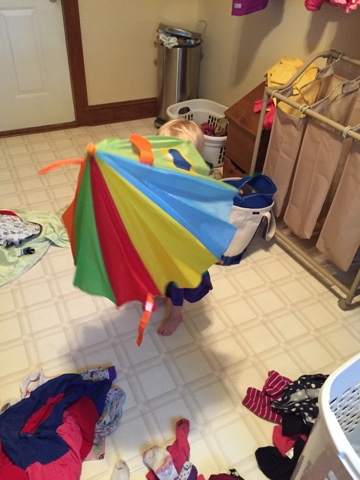 That left me with the youngest 3. And I get constant reminders there is a 2 yr old in the house. This is the girl who I had to call Poison Control for because she ate an unknown number of my Tums, she is bound to get a hand or foot smashed in the van door because she will NOT stop closing them herself (I've seriously considered turning off the buttons) AND the other day she stuck a fourth of a cashew up her nose and it was pretty well lodged up there - but I got it out before it require medical extraction. 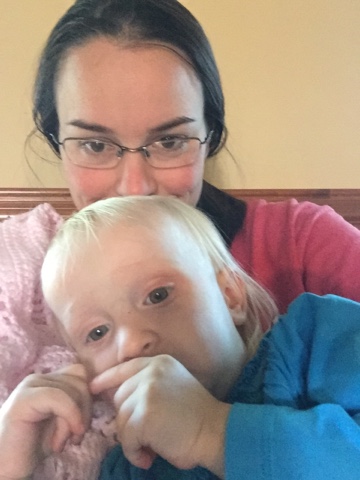 She's really cute though... And she loves taking pictures 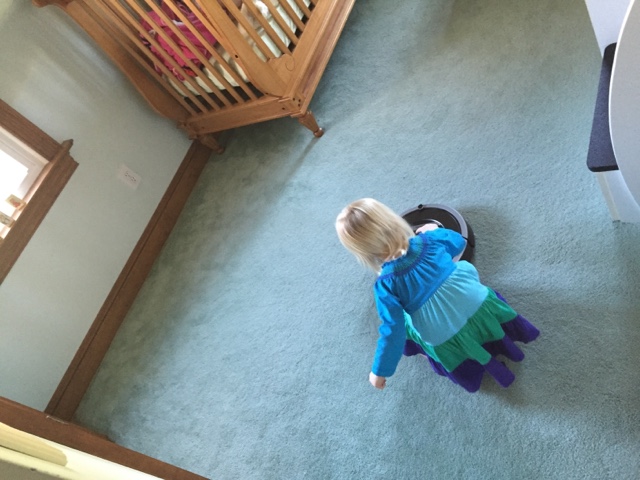 In between R and M's antics laundry was done and Rumba was run. It is nice to be able to tell the kids to clean up their room so I can run Rumba and they know Rumba means business. We have migrated most of the toys upstairs except for the Duplos, some baby stuff and MagnaTiles so clean up is not too terrible. 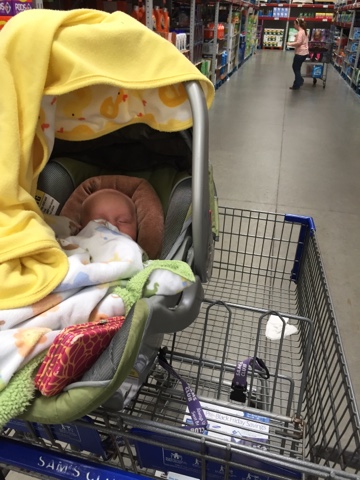 A and I were treated to a solo shopping trip because Jibbe took the girls to the park for lunch. They are savoring the waning not-so-freezing days. That was a huge help to not have 2 extra helpers while shopping. 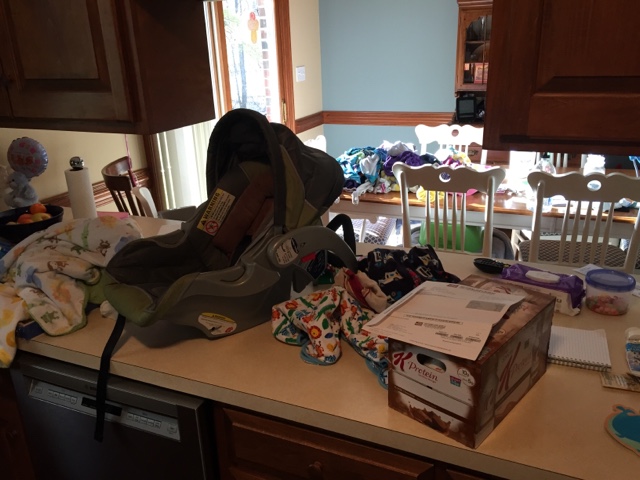 The view after a shopping trip and note the pile of clothes that needs to be folded. Shopping trips can mess with my laundry schedule but I did manage to get the bulk of it done.

The girls came home from lunch and then hit the hay for rests - or quiet time as R calls hers.

I watched the second half of the Carolina football game and I still cannot believe they actually won because the last few minutes of the game were pretty terrible.

The girls got up and a neighbor came over and we chatted it up while our girls played. 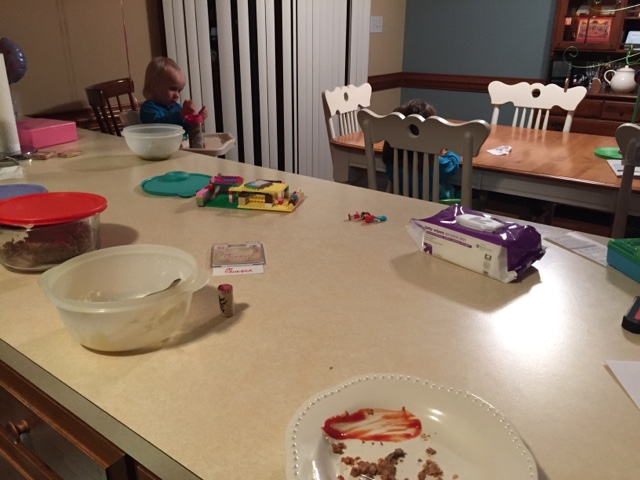 Then I got a text from Lee saying that they'd be home - so that gave me 30 minutes to feed R and M, shower them and tidy up. It was a success since I had a pretty unproductive afternoon.

I got the scoop from E about her time at the campgrounds and she was so tired she gave me a skewed report about how there was 'nothing to play on'. The girls were tossed in bed because it was late and well Sundays are Sundays around here.

I got the scoop from Lee who said they went on a hike, cleaned up a few campgrounds, and went to the nature center and they heard a talk on hibernation. Overall I think it was a success. But a word to the wise - before you start going to trash talk someone or some group of people it would be best to know who is in earshot of your conversation as you never know who is listening and what you are saying might be quite hurtful to them.
at November 23, 2015

Email ThisBlogThis!Share to TwitterShare to FacebookShare to Pinterest
Labels: laundry pile, week in my life, wisdom of a toddler