Oh Friday you are here again. Fortunately this Friday is payday Friday which makes it way more exciting/gratifying : ) Except not, except maybe just a little bit.

--- 2 ---
We are up for another round of Stations tonight. Papa/FDJ is leading Stations again. We'll definitely be getting there earlier this time so we can get our food in time. Maybe E will make it through some portion of Stations by herself. It gives me hope : ) Did I tell you about the family that visited our church a few months ago. They had 8 boys. Oldest was maybe 15ish and how about those kids were the most well-behaved bunch of boys... E-V-E-R. Even the 18 month old out shined E and R. I must say I was way a little jealous.


--- 3 ---
Papa and the gang are making sausage today. Ahhh the smell of raw meat. I have prepped the kitchen/dining room area by getting everything out that could possibly be contaminated by flying ground meat and casings.... 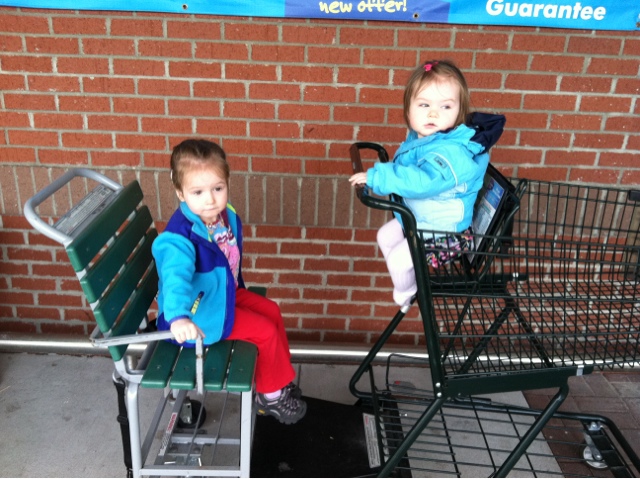 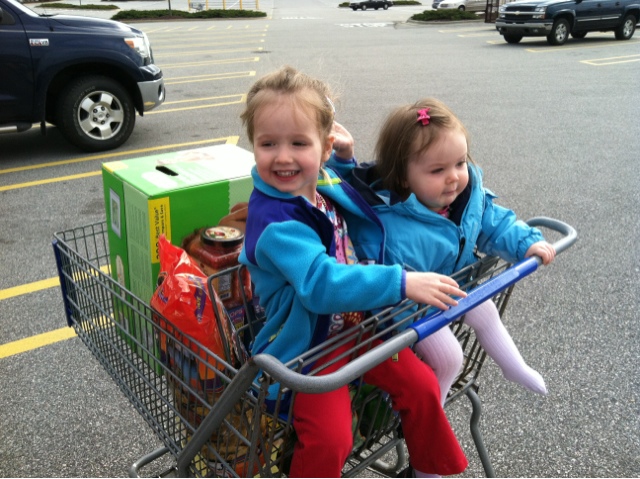 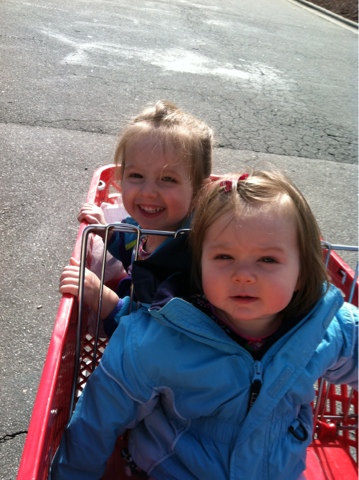 How about I have totally mastered shopping with kids. E and R and I ventured out to Target, Sams Club and Harris Teeter on Saturday. We make it with zero meltdowns and all in about 2.5 hours Yea it was impressive. Even Papa was surprised we were back so soon. Target we got some for the Pregnancy Care Center. Sams Club we got cheap veggies and diapers (two packs of diapers was about half the bill!!!!). Harris Teeter we got some stuff we did not need in bulk. We survived the van was packed and I was pretty darn proud of myself.

--- 5 ---
E was without her umbrella for two weeks (she left it at church) and she finally got it back. She has not let it out of her sight and she has been using it was clearly it is not necessary. I love the looks and little giggles I get from the other moms at school. 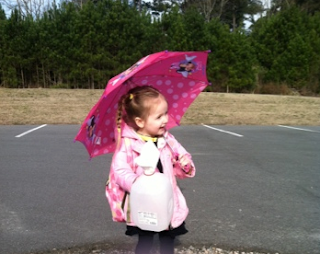 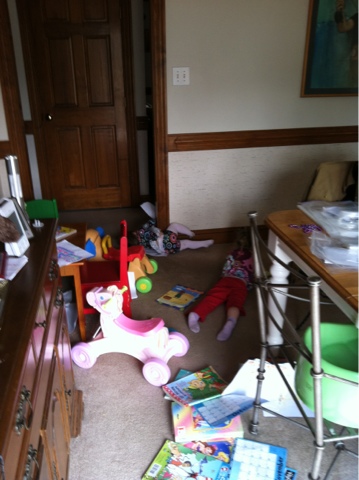 This is what happens when R learns how to climb on the doggie and pull things off the table and E teaches her how to color. Note... R has just tumbled off the doggie and rolled over and thought it was hilarious. No - she did not hurt herself.

--- 7 ---
Tomorrow we are headed to the ZOO!!! Finally the weather has broken into semi-Spring time bliss. It is probably the last Saturday Papa will not be working or does not have a commitment already until July. Grammy is coming too so we'll post pics soon.