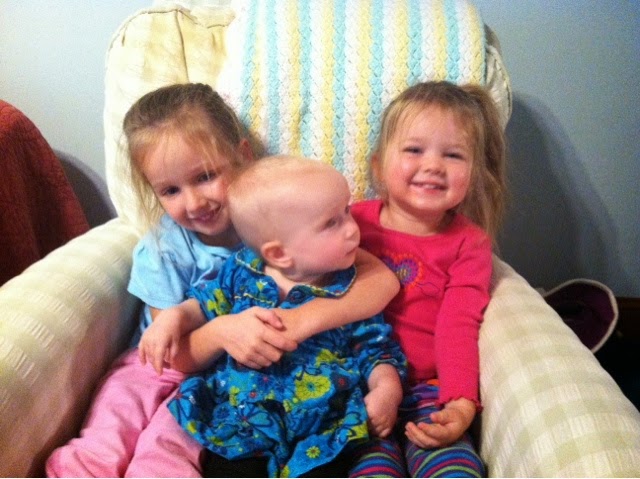 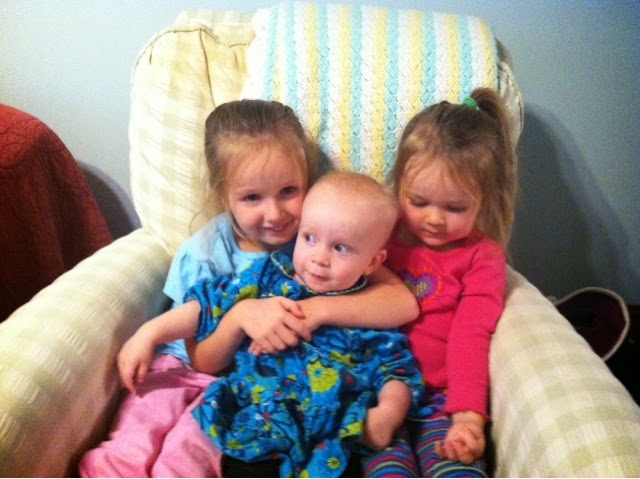 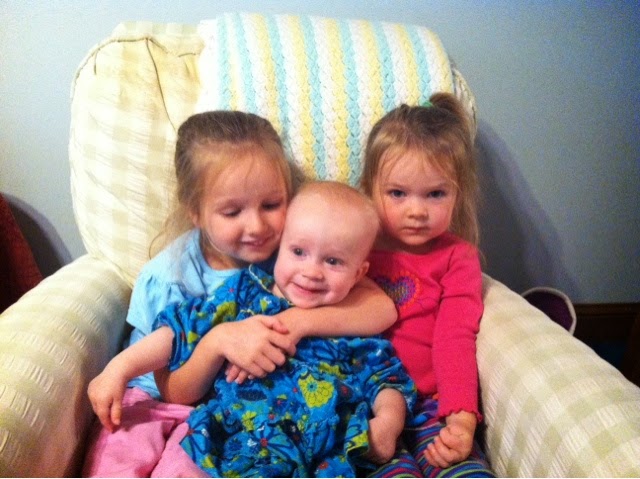 Now if only they'd all look at the camera at the same time and not have R's last face of disgust we'd be in business : )

Tuesday we had off from school. Thank you veterans… So we hung around and had a play date. 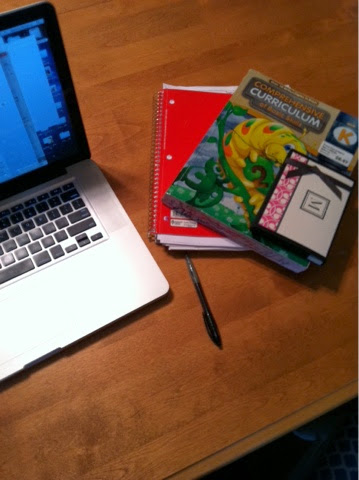 Which entailed me working and taking a few calls, going through E's workbook and checking for correct answers because she is super interested in getting her prize for finishing which she claims will be an Elsa dress-up outfit, and writing Thank You notes from M's birthday ( I didn't actually do those until Friday morning on the plane). Well, if I had a soundproof telephone booth I'd be golden for working from home. If I could just step in that for a minute or two when someone called that'd be great! 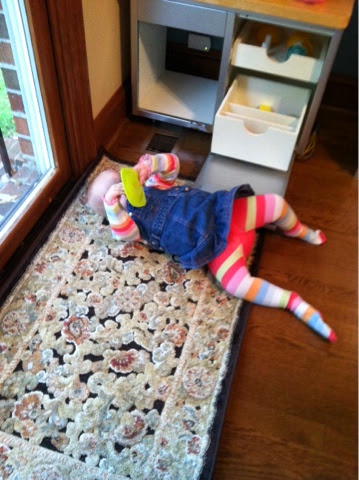 While the big girls had school and played Tic-Tac-Toe. I have no idea how it lasted as long as it did! 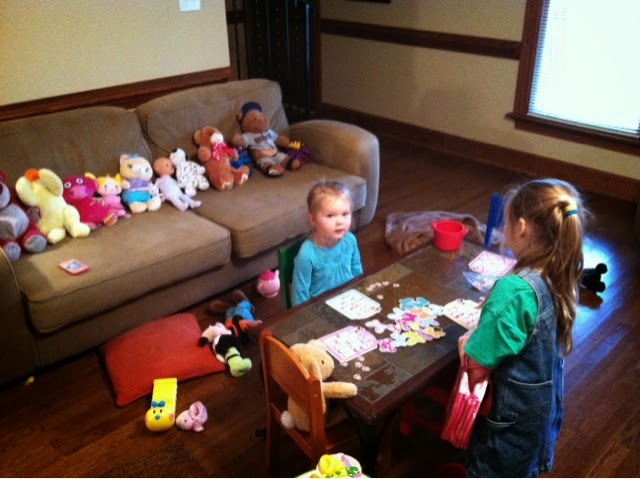 M is super into phones. She loves holding them and looking at them. Fortunately she is not chewing on them because my phone case no longer has the soft plastic case part since R chewed it up last year. M and I headed to carry out the birthday tradition of the painting of ones feet. 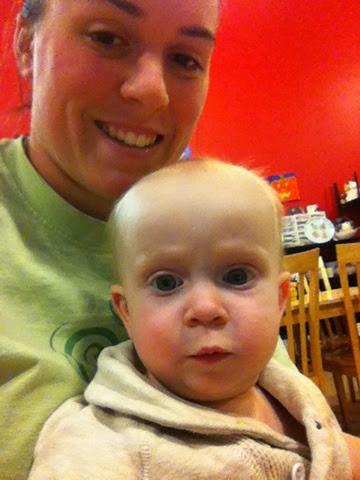 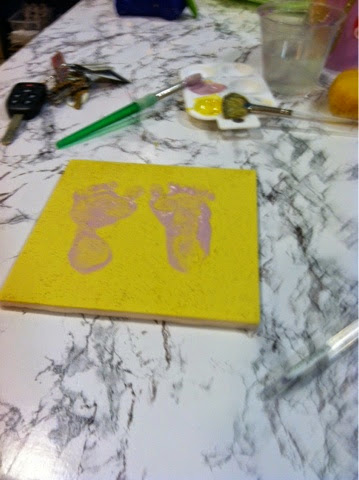 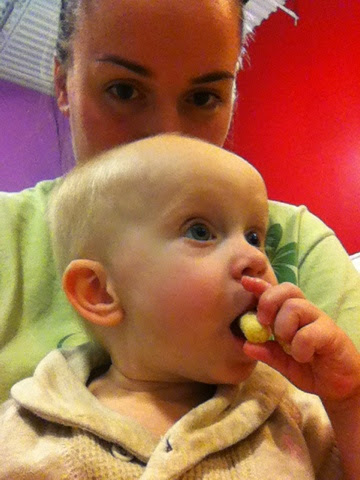 I went out of town for the hottest of minutes… So glad we were able to catch an early flight back since we had a super meeting efficient afternoon and evening. Another thing that I like about my job is that some of our customers are not overly formal and we can talk business one minute, and compare snake stories the next (I was totally beat out by someone who was within feet of a diamondback and proceeded to kill it himself), and then pass the iPhones around the table because there are some very proud grandparents : ) 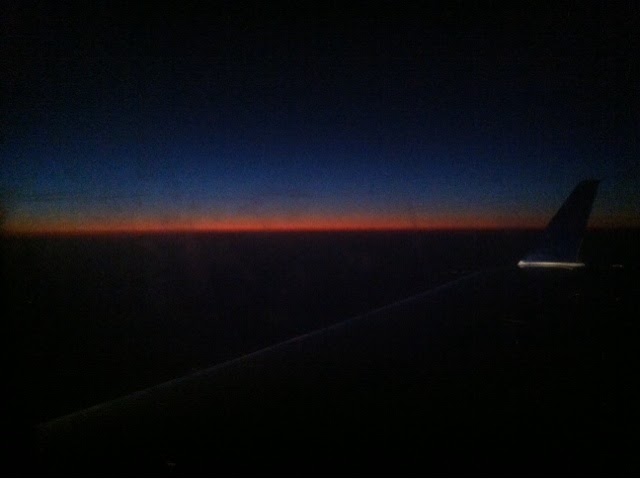 Been thinking about this a lot. 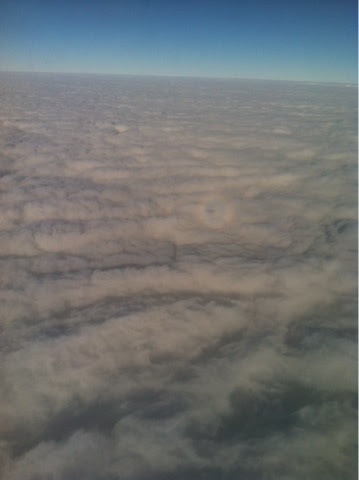 And also what does it feel like for a pilot to fly into the clouds? Can they see anything or are they just basing the movement of the plane on radars and meters?

M went to hotel G&G for some R&R and lots of food : ) - thanks M&D
E&R held the fort down with Papa and I left their clothes out this time : )

Papa and E went to the store today so R and M hung out for a while. R was reading to M and M was chewing on Legos... 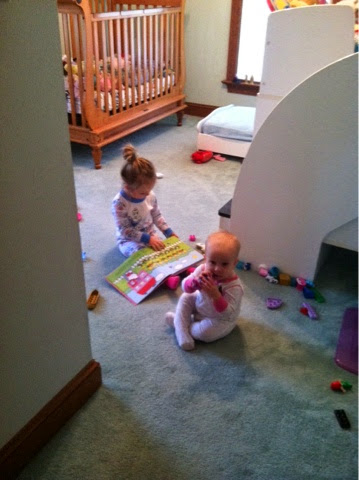 Last week I mentioned I was in search of a Jesse Tree. Advent started yesterday and we have not sung O Come Emmanuel yet! Today's the day. Anyhow, I was looking for a tree that would house 40 ornaments -  one for each day, with a Bible passage and picture to remember it. It was kind of a tall order because the ornaments are big and 40 is a lot.

E and I hit up Hobby Lobby and only found Christmas trees. Well that was not going to work. We headed into Hallmark (yes we go there OFTEN, probably too often) to use a coupon and get an ornament that Papa had specifically requested. 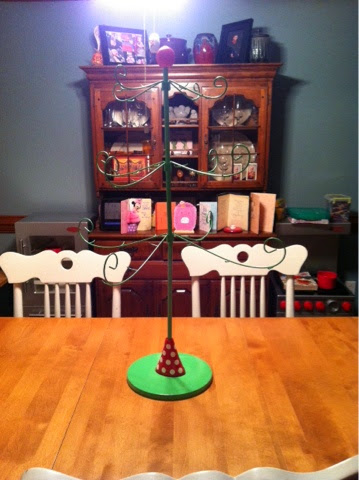 Well they had some large ornaments on display on this silver metal tree and I asked the lady where I could get a tree like that. Hobby Lobby was suggested. Negativo. So she went to the back to get me the suppliers name. Well there was this other tree that was green and red that I saw - a little too Christmas-y for my Advent hopes. I told the lady that one would work too.

Well what would you know, they had a smaller version of that tree in the back from last year. 3 minutes and $20 later we are the proud owners of a Jesse Tree. Seriously I was expecting to pay at least double that so I was thrilled! 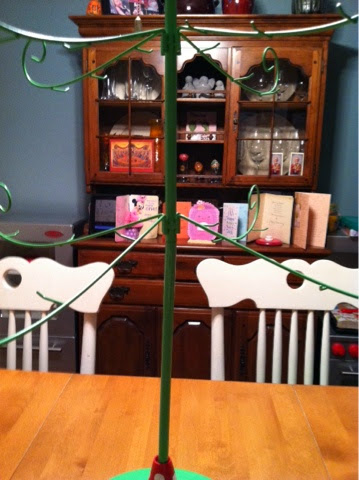 Also as we were waiting in line to check out E eyed these kid watches - she's been talking about them every time we go in to Hallmark and how she NEEDS one. Well slick old mom pulled one off the rack for her and R and when E came back to look at the watches again and tell me which band she liked (again!) they were gone. And she could NOT figure out what happened. It was so so so funny to me and the lady rang them up without E seeing so I think St. Nicholas will be depositing watches around here in a few weeks : )