My hope for this short series of posts is to help/encourage/prove that celebrating Advent is doable even with little ones. One might argue it necessary to teach kids about seasons and times of preparation and times of celebration - but I'm not in an arguing mood : )
Veni, veni Emmanuel
Captivum solve Israel!
Qui gemit in exilio,
Privatus Dei Filio,
Gaude, gaude, Emmanuel
nascetur per te, Israel.

So Advent started off with a bang. No not really. We are preparation our hearts and our home for the celebration of Christ's birth by doing the following:

1. Daily - The Jesse Tree
2. Daily - unless I've had a rough morning corralling people out the door then I usually cannot bring myself to sing it but I'm working on it, I promise - O Come Emmanuel
3. Weekly - Act of Service/Charity - you get the point


Let's start off with the easiest one - for the kids: This week we filled 2 shoeboxes for Operation Christmas Child. We hit the street and went to Target. 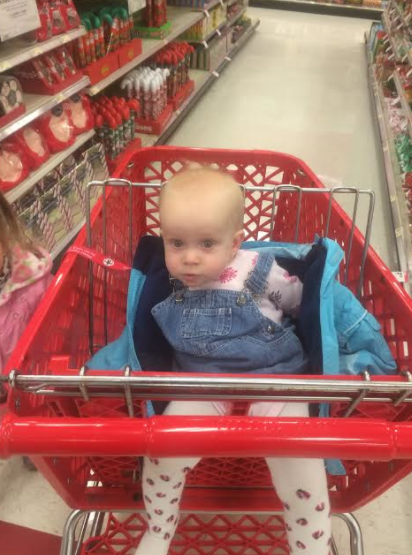 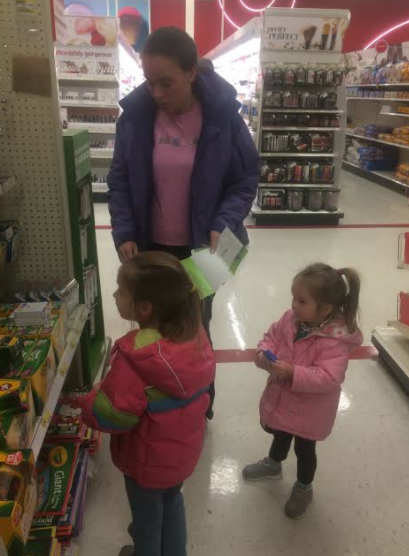 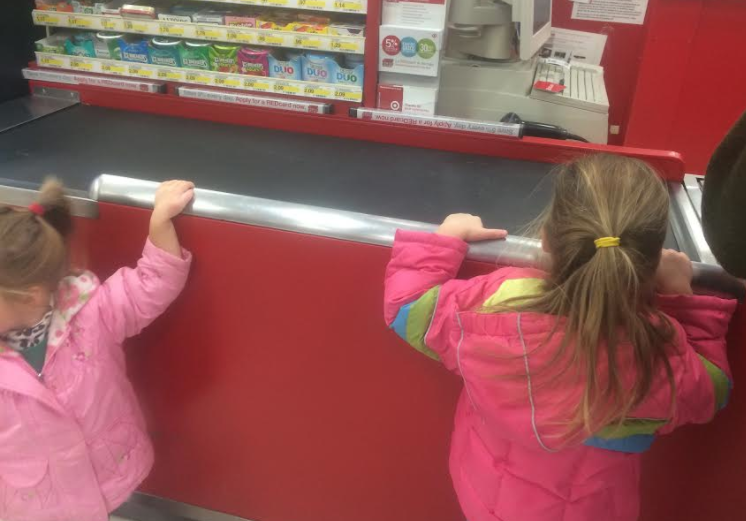 Later in the week I realized that I did not have any appropriately sized shoes boxes but fortunately the local OCC drop off location is where the girls go to preschool. They had extra shoeboxes - excellent - and the lids detached from the base because remember last year, yeah not doing those fancy lids again.

So with shoeboxes in hand... 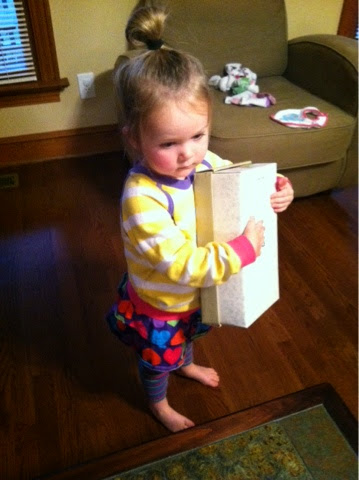 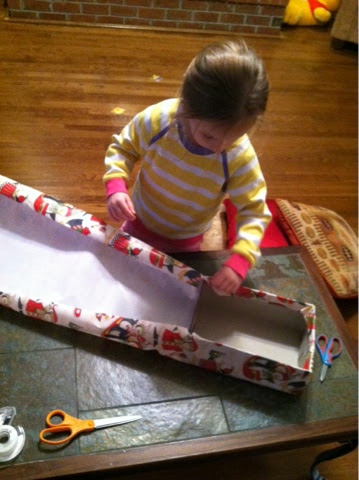 And scissors, we started. 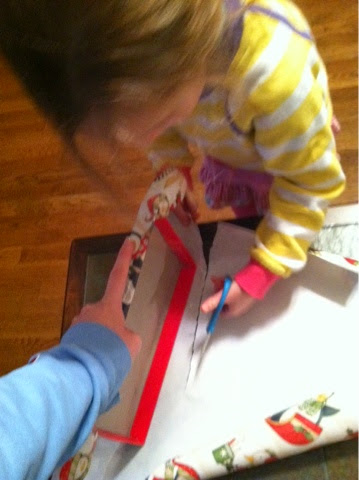 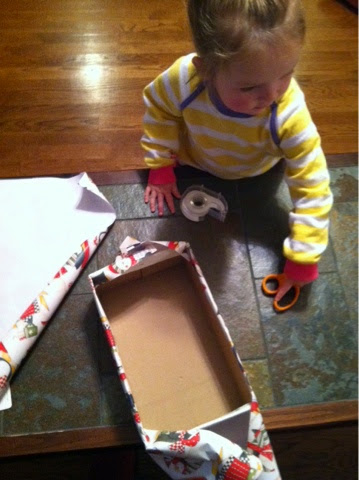 R taping up the boxes 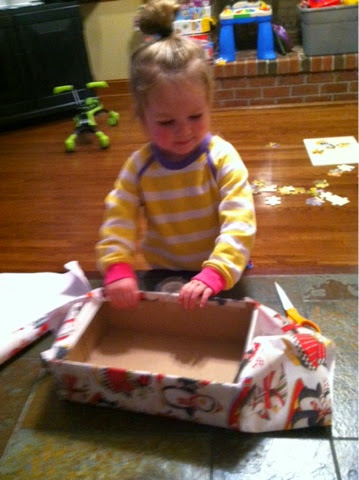 M was mildly interested but more into the slinky 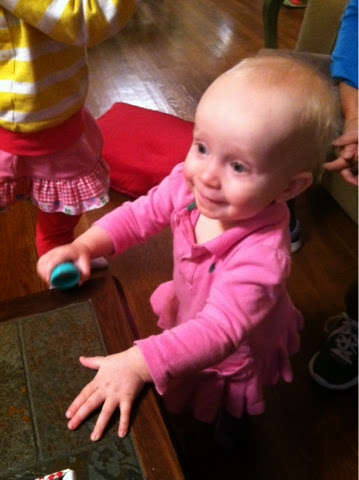 Filling the boxes with our loot from Target. There was lots of Hello Kitty stuff - socks, stickers, coloring book. There was also the infamous calculator just like the one we put in last year that I think St. Nicholas brought her one and she loves 'calculating' things on it. 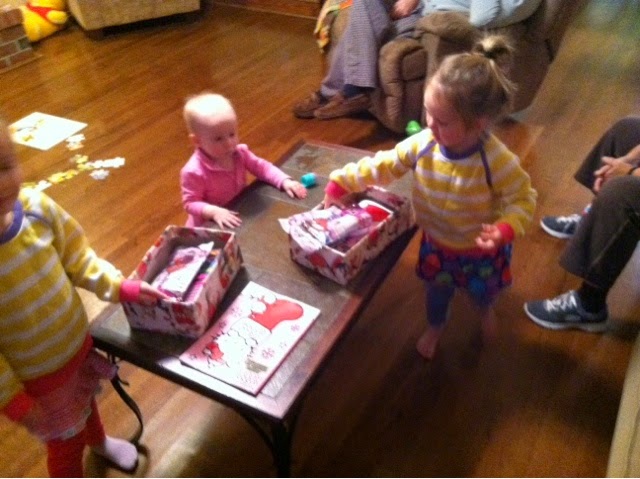 We really could have used bigger boxes. We have already asked Papa to save his work boot boxes for us for next year 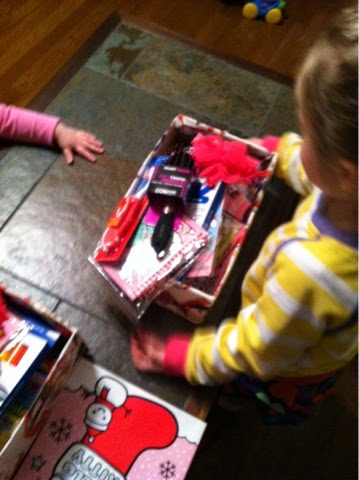 Ahhh yes… I had 2 brand new, never worn or washed soccer jerseys left over from this season so what to do with them? How about send them halfway across the world? Don't know if I supposed to do that with the extras but it seems like a sweet idea. 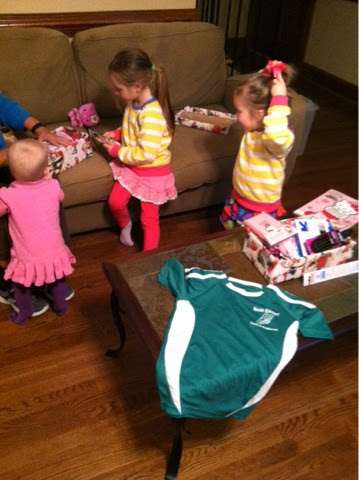 After school we headed up to the office to drop the boxes off... 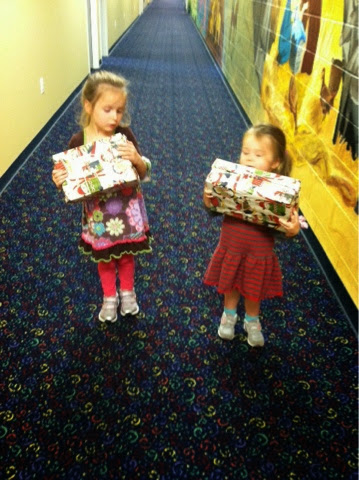 And there were lots of boxes 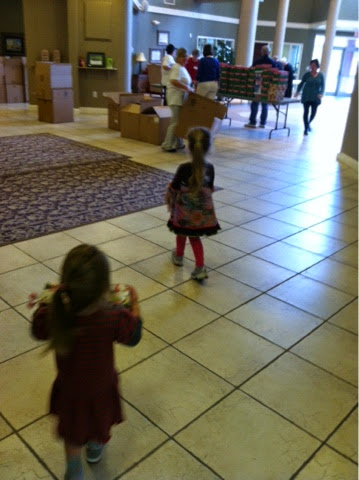 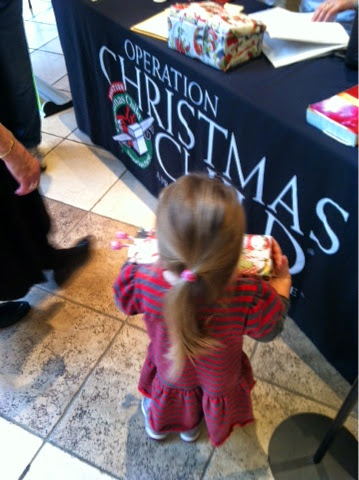 Deposit box… Get a sticker 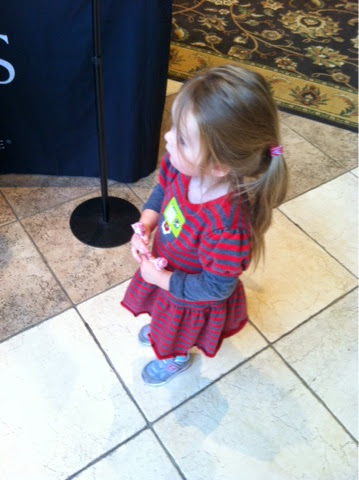 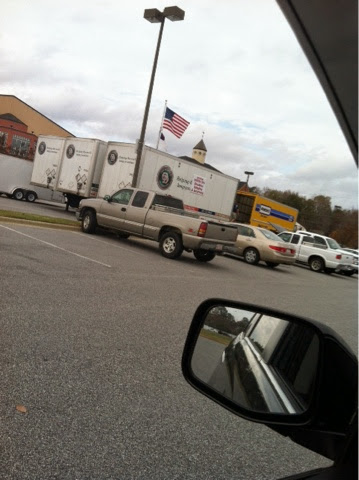 Okay so it was a success. R didn't totally get it and happily left her box but keeps talking about some of the stuff inside and wanting to play with it. E gets it lot - which is a motivating factor to keep doing this. She somewhat understands that there are kids who would not have Christmas presents unless we wrapped some up for them. On the shopping trip, there was not a lot of "Oh I need this" or "I really want that" - awesome. This activity is a keeper.

Now onto the Jesse Tree. Or the Roddle (similar to throttle) of Jesse Tree as E calls it - (Rod of Jesse - see next week's Oh Come Emmanuel verse). The Jesse Tree is a FANTASTIC visual teaching tool that can go with each day of Advent.

And there shall come forth a rod out of the stem of Jesse, and a Branch shall grow out of his roots. Isaiah 11.1

Each day we have a new ornament and new Bible passage to read. Even Papa has been impressed with it not being some water-down, hokey-ness. So we have been tracing the genealogy of Jesus back to Adam and Eve. Then to Noah and Abraham and Isaac and Jacob and Joseph (with the colorful coat - seriously you should reread that - he kept his brothers 3 days in prison (NT reference, anyone?) and it is such a great story of unconditional forgiveness) and now we are up to Moses. 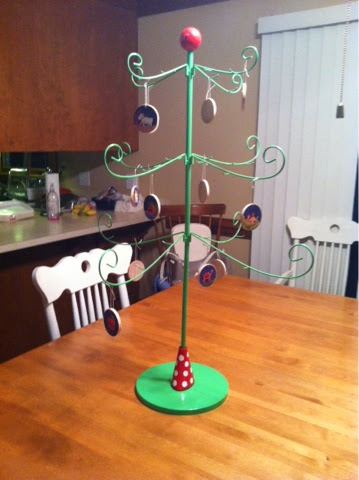 The Jesse Tree was new this year and it is a keeper for sure. My only compliant is the crazy Rudolph looking nose on top of the tree (but that was not part of the kit) 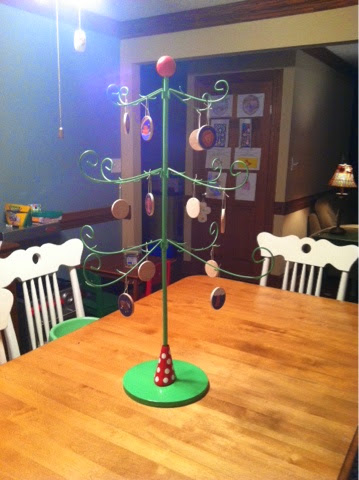 Lastly, Oh Come Emmanuel is going pretty well. I was hoping to sing in the van to school and at night but I only have one copy of the words. So we sing in the van. E must do "Aladin" (Latin!) version because she "likes it best". They are catching the tune of it and definitely do sing some of the English - even R. E's letter this past week was G and she's always up for a good word for circle time so we dissected the song and came up with 'Gaude' - rejoice in Latin - but supposedly she never said it because use forgot - but sometimes I don't get a full report.