10 Top Memories of Baking Pound Cake for the First Time

For the last week of Advent I was running low in the ideas department so I did an impromptu bake session for teachers and neighbors- well it was kinda planned but didn't really go according to plan...

10. Whipping cream
The recipe my SIL gave me called for heavy whipping cream and the store had 1. whipping cream or 2. heavy cream. First dilemma solved by a quick phone call but would indicate I've NEVER done this before so I'm in for the long haul


9. Baking powder
The last time I baked (as in the bananas were getting old and the freezer was full of brown bananas so I made banana bread - did I mention I've resourceful?) I used the last of the baking powder. I put it on the board to buy and Lee picked it up when he went to the store however I also got it when we were at Trader Joes too... So now we have a bunch of baking powder - which is rarely used.

Awesome. So I made my list for the store for lb cake shopping and I put baking soda on the list. But as I was going through the store baking soda seemed odd so I picked some up anyway and remembered the plethora of baking powder and discovered it was in fact baking POWDER the recipe called for. (Yeah I probably should have just stopped here)

8. Flour
But I didn't. Who doesn't have flour? All purpose flour? Well we have a ton of bread flour here because Lee makes all the bread for church. As the girls are lined up ready to 'help' the thought crosses my mind if we even have all purpose flour. Well... We did. Score!

7. 4 mini loaf pans
I was warned this recipe might make upwards of 9 mini loaf pans worth of pound cake. Well guess who only has 4... MOI. So as soon as the first batch was out... I had another 45 minutes and change worth of waiting. 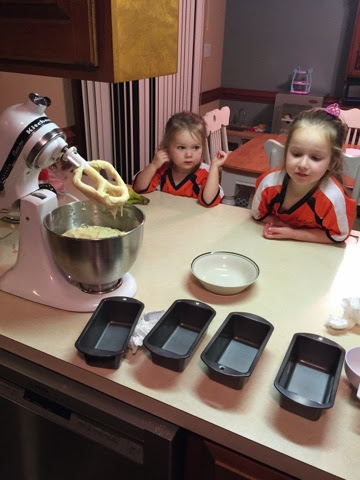 6. Kids
This was part of our Advent activity of giving back so I kinda 'needed' to include them but they totally messed with my mind. We did the flour first and then cracked the eggs and then I really got to reading the recipe, and mixing. Bad plan. 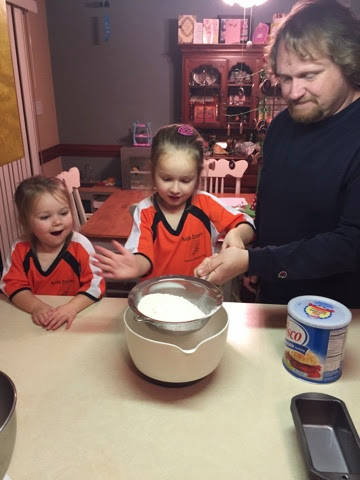 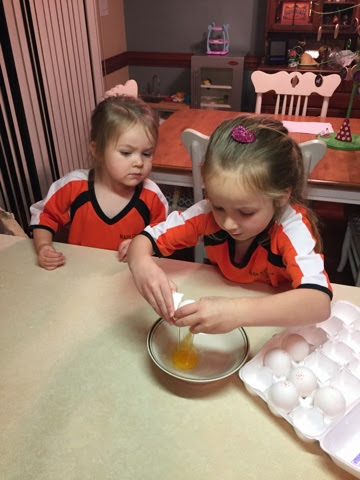 Baking in her Tiara

R helped with the flour and eggs but I had to actually hold her hands so no pics : (

5. Time to bake
Definitely underestimated the time it would take to bake all this pound cake. I went in with this insanely ambitious idea of baking two batches - 16 loaves of pound cake - and I didn't start mixing until 7:30. Yeah that didn't happen

4. Late
Baking late is also a bad plan in general. I felt the need to set two timers for that second round of loaves because I was laying in bed dozing off hoping I would here the oven timer. Fortunately I did. I pulled them out and popped them out of the pans and that was all folks.

3. Crisco
Something super crazy. I don't bake much. I think I've mentioned that before. I was shopping for Crisco and for some reason I thought the recipe called for 3 cups of Crisco so I bought the largest container I could find. Yeah well turns out the recipes called for a HALF A CUP of Crisco (3 cups of sugar and flour though) so we have a massive container of Crisco in the pantry that will probably sit there for a really long time

2. Creaming sugar and butter
Did I mention baking with kids is not recommended? Also, not reading the recipe off your phone which has the auto-off thing every 22 seconds. So... after the girls cracked the eggs (no eggshells either!) I loaded up the mixer with the butter, sugar, Crisco and eggs. And I'm letting it mix and I'm feeling great because I'm totally rocking this recipe.

"Cream butter and sugar until fluffy"

To the expert recipe giver: 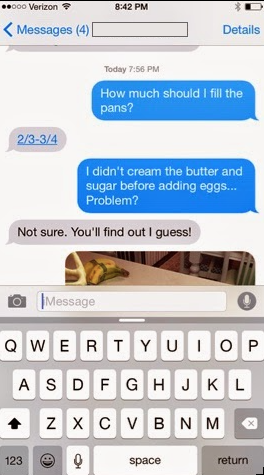 Getting bummed about the final product but I mean - does it really matter if you add the eggs before creaming the butter and sugar?

1. Parchment paper
Truly one of my best moments.

While quizzing my SIL about the whipping cream vs heavy cream she says to use parchment paper in the pans so the cake does not stick. Stick that in the back of my mind for baking day...

Okay that stuff it SUPER annoying but she does this all the time so her world is baking gospel.

Except it doesn't look right. 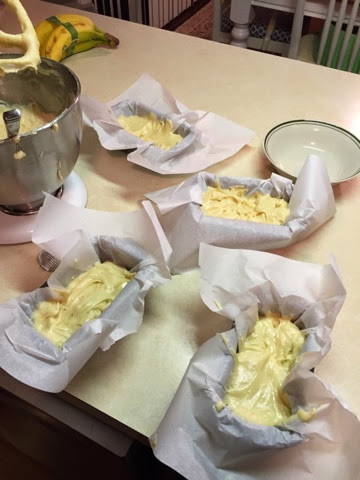 But it will straighten out once it cooks, right? 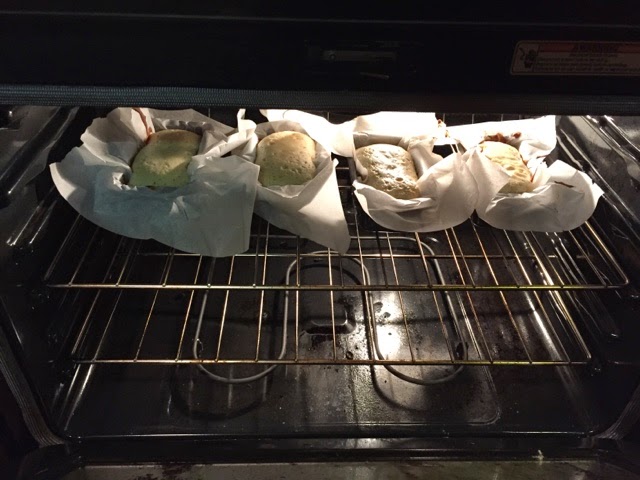 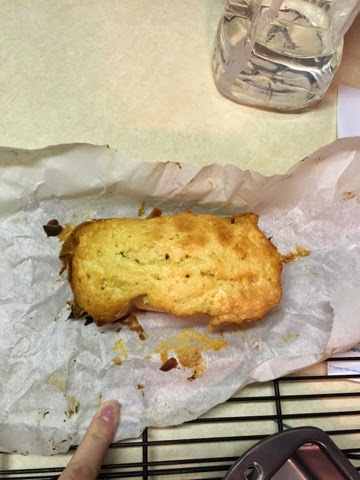 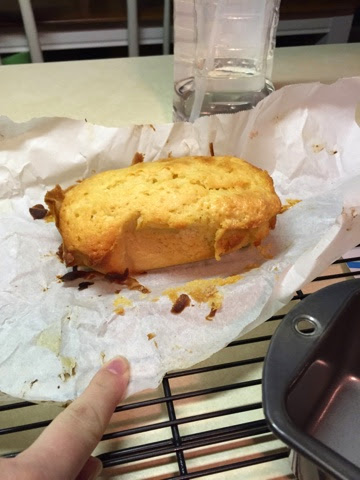 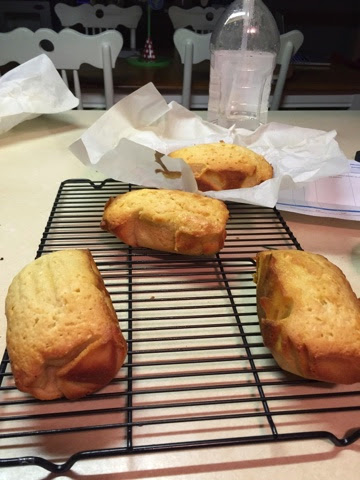 Now I'm just getting annoyed. Creaming the sugar/butter and not this crazy parchment paper and I'm SUPPOSED TO GIVE THESE OUT AS TEACHER GIFTS?!?!?!??!?!?

To top it off while the first batch is still cooking:


Me - I found out what I did wrong with the parchment paper (after consulting SIL)
Lee - What?
Me - I'm supposed to cut out a sheet for the bottom
Lee - You didn't hear when when I got it out for you?
Me - No, why?
Lee - I told you to cut out piece for the bottom
Me - Ughhhhhh
Lee - What did you do?
Me - Put it in the pan all the way around and now I'm going to have misshapen pound cakes!
Lee - {chuckles}
at December 18, 2014