My hope for this short series of posts is to help/encourage/prove that celebrating Advent is doable even with little ones. One (my oldest daughter included) might argue it necessary to teach kids about seasons and times of preparation and times of celebration

If I had a $100 bill for each time E asks why everyone is decorating for Christmas when it is Advent? or Why do some people not celebrate Advent? I think I could pay off our house early.


1. The Jesse Tree - Continued Jesse Tree / Advent Tree greatness. So great. So so great. I might have mentioned this but if you have not read the story of Joseph (the one with the colorful coat) forgiving his brothers READ IT. The girls like picking out ornament locations on our tree that is filling out quite well 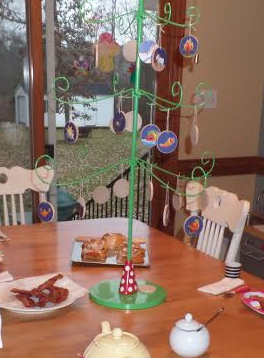 2. Singing O Come Emmanuel - I need to make a copy of the words I know. It drive E crazy when I fill in the blanks with hums instead of words.

3. Act of Giving Back…  The girls collected some of their toys to give to St. Nicholas. It is a fantastic opportunity to weed out some stuff that is not used or we have in duplicate, triplicate, quadruplicate, quintuplicate, sextuplicate... Yes we had 6 of the EXACT SAME BABY DOLL!

Then we left them for St. Nicholas 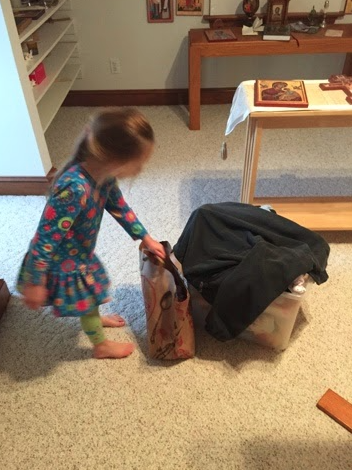 Saw his after vespers 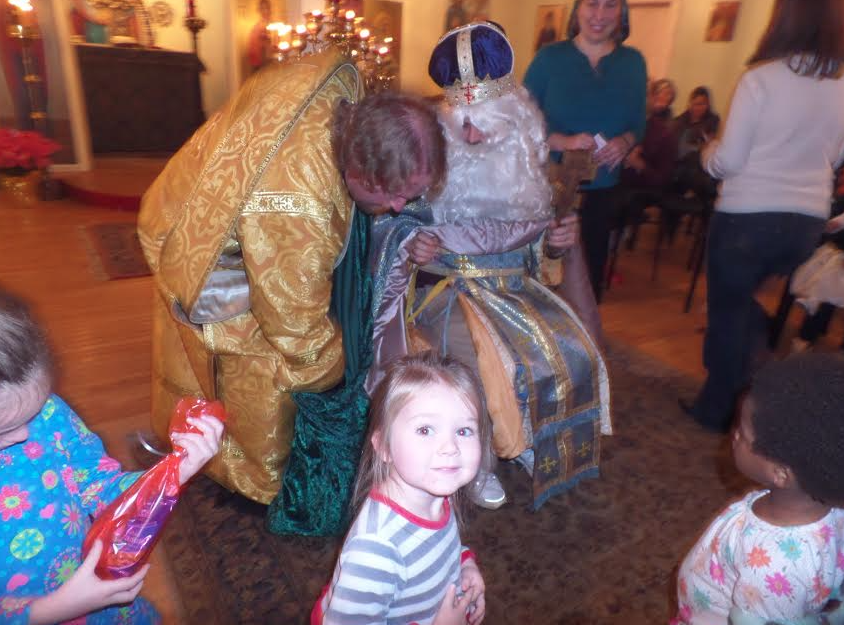 And enjoyed what he brought us 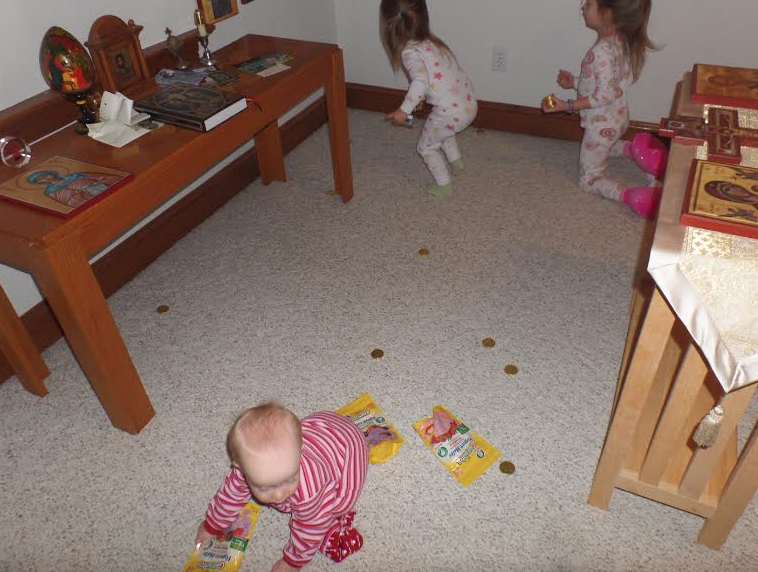 For the full St. Nicholas recaps with a million pics go here.


Overall, I think our St. Nicholas tradition is a step outside the 'typical' St. Nicholas box. I know most people leave their shoes out for him to put gold coins in and that's all. And that's fine - to each family their own.

Around here we don't use Santa and St. Nicholas interchangably. We have not really been asked about Santa and what his deal is and why he goes down some people's chimneys - I am sure we will one day though!

I like that there is still this element of surprise on St. Nicholas Day. I also like that the kids get some small things before Christmas - no one said the preparation part of Advent couldn't be fun! But also, on Christmas we give the girls one thing each and they will exchange names to give a present among themselves. So there is somewhat less emphasis on gobs of gifts on Christmas - because there aren't as many - thus we can spend more time on 'true meaning of Christmas' and spend more time with family rather than counting whose pile has the most gifts.

O come, Thou Dayspring, from on high,And cheer us by Thy drawing nigh;Disperse the gloomy clouds of night,And death's dark shadows put to flight.Rejoice ! Rejoice ! EmmanuelShall come to thee, O Israel.
at December 10, 2014