So this post is late... Please don't be surprised : ) but we made it through Advent and faired pretty well in getting our goals for the week done.

1. Daily - The Jesse Tree - Well we finished out the Advent/Jesse Tree. It was great. Anyone who is looking for an excuse to read selected Bible passages daily over Advent to learn more about the OT and where Jesus came from - Jesse Tree is your easy option. Plus the ornaments are excellent visual reminders for both adults and kids of what has been read.


2. Daily - O Come Emmanuel - This could be improved next year but the girls know several chunks of the song in English and Latin and the theology in it is incredible.


3. Weekly - Act of Service/Charity - This week I opted to bake for our neighbors and teachers to show our gratefulness/appreciation for them. I think it might be considered borderline cheating but if you knew how busy things are then making the sacrifice of time to bake for several hours (with kids!?!?!)  then it doesn't seem as cheater-ish. Plus last year we didn't even do ANYTHING for the 6th week of Advent so we are just going to roll with it...

Here's how the week turned out:

So the night before is when the overly epic pound cake failure occurred. So my next go to recipe.... Pretzel-Hugs-M&Ms 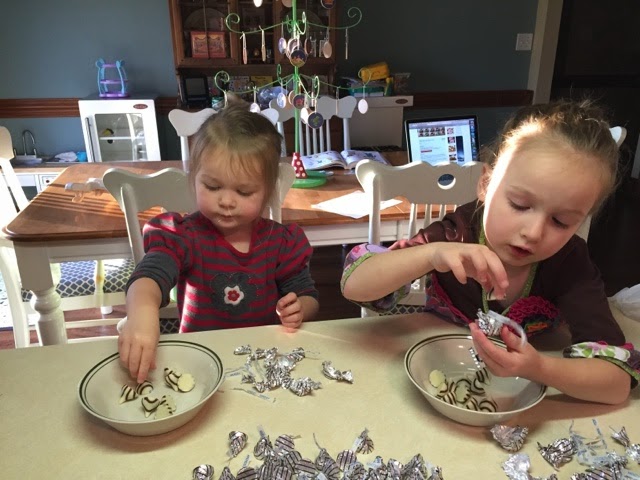 This year I used smaller pans for the pretzels because last year the pretzels/hugs were not in the oven long enough and getting all those M&Ms on at the speed of light was difficult. So this took longer but was way more manageable. 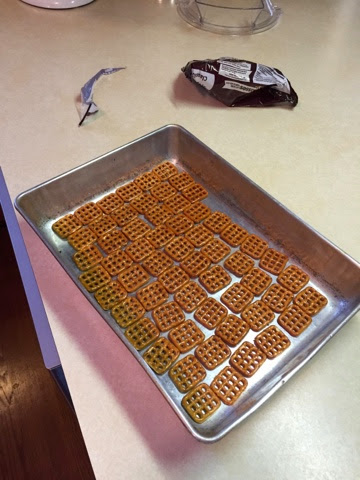 And you thought E was the only OCD one in the house... 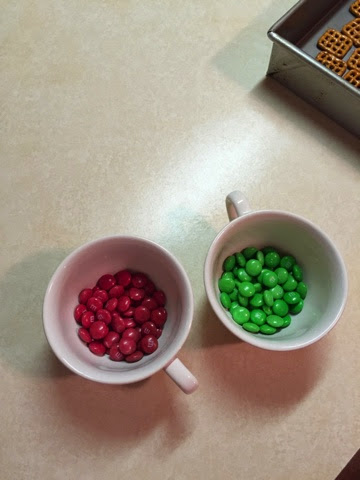 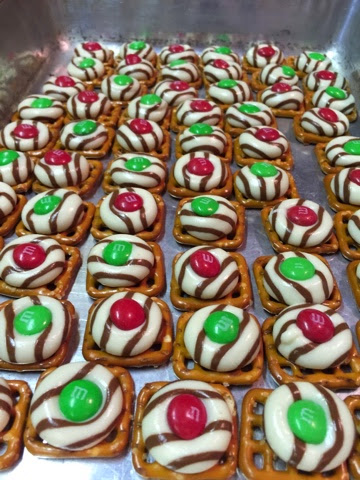 So this creation came out much better and after only one mishap in the frig/freezer cooling process we were good.

Then M ate some black beans and thought it was hilarious... 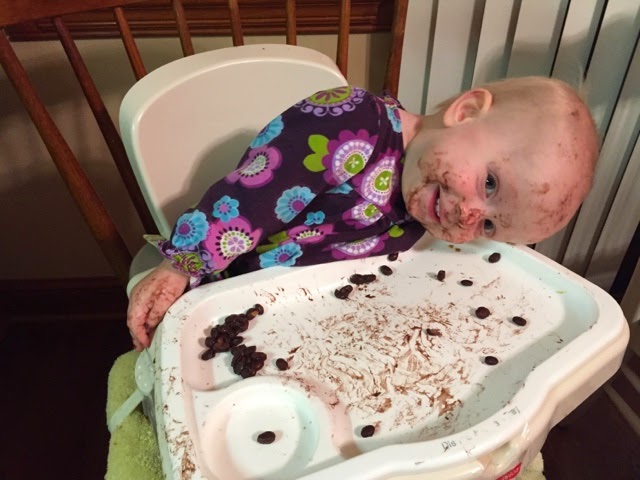 Everyone was in bed I knew I had to do a second round of pound cake. And I followed the directions closely AND used the parchment paper correctly and bam-o. Nailed them. 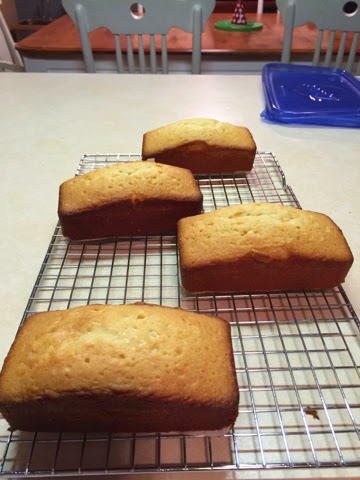 As those were baking I was addressing our Christmas cards... 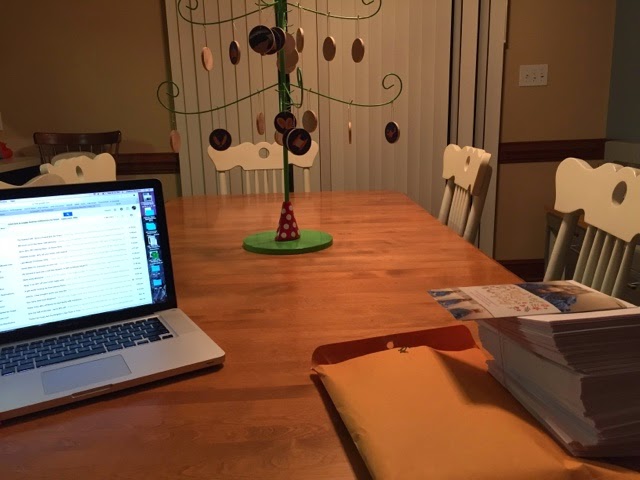 Totaling rocked out the teacher/neighborhood gifts! 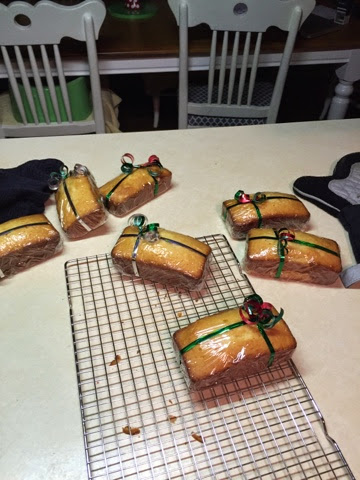 The girls 'addressed' their teachers' cards 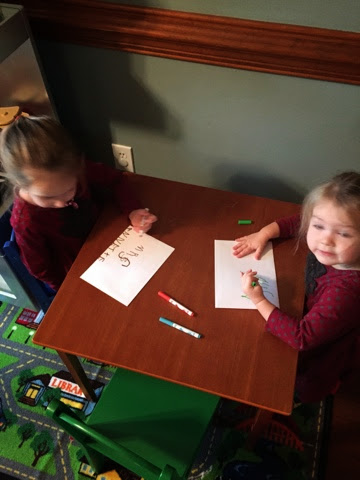 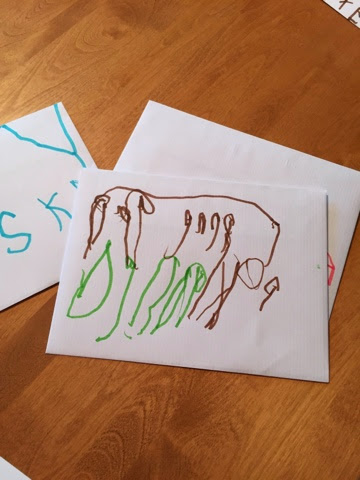 R had a party at school and was not feeling great so I took her back with me... 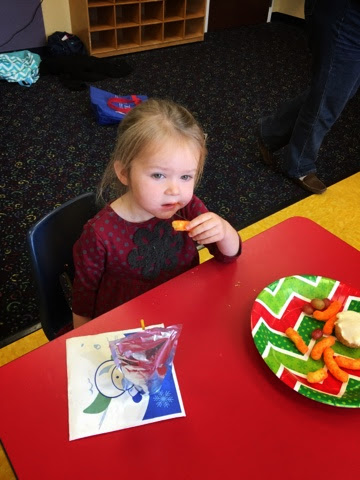 To pick out E's present (I assigned names this year) After lunch, rest and dinner R seemed to be in better spirits which was good because it was Christmas program time. I forgot their bows in the van so I made a mad dash to grab them before it started. Then we waited intently for the show to start with the 2's and R protested being on stage because for both songs she stood facing the audience with her head turned as far stage right as one can imagine without turning her shoulders. It was a sight to see and super funny. I don't think she did that in rehearsal because she was smack dab in the middle of the line of 2s. E did great. Though last year I could actually pick out her voice in the singing so I guess she is learning how to blend :) 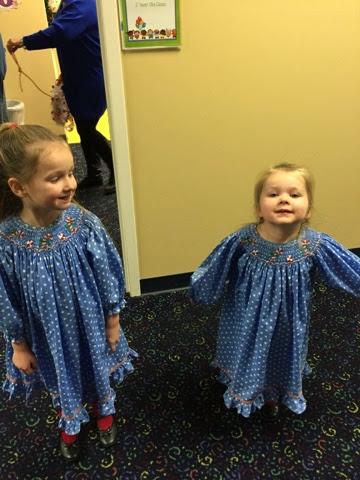 The next day M crawled up the stairs BY HERSELF and I was up there with E in another room and I hear this Darth Vadar breathing and run out to find her looking over the top stair. A gate was promptly ordered and as I was doing that she got into the bags for school and found an apple and proceeded to eat it. 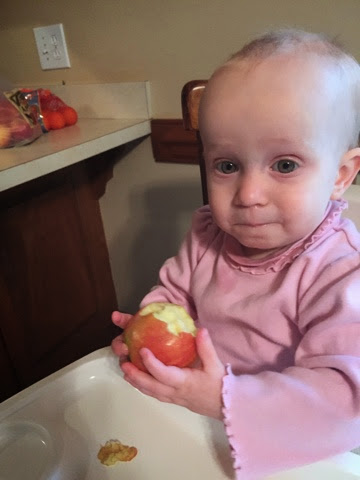 On the 23rd we Lee finally dragged in le Tree 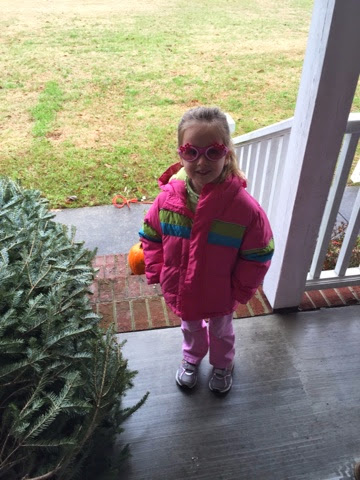 E was very concerned I was going to decorate it without her... Which didn't get lit or decorated until the second day of Christmas 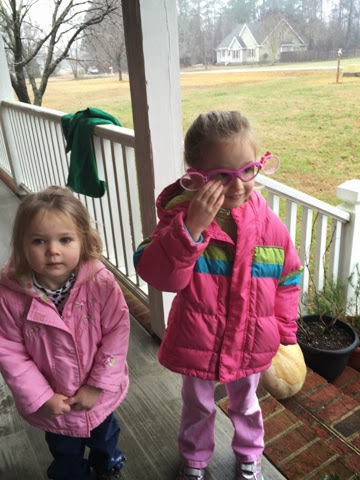 Then I helped E and R wrap up the presents they got for their siblings (possible Advent-ish activity, no) 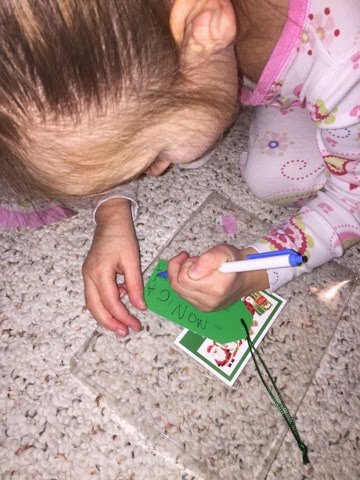 Christmas Eve I went to work and rushed home to get everyone packed up... 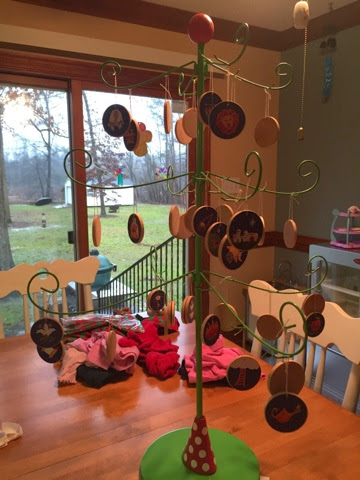 I packed up the Jesse Tree for next year 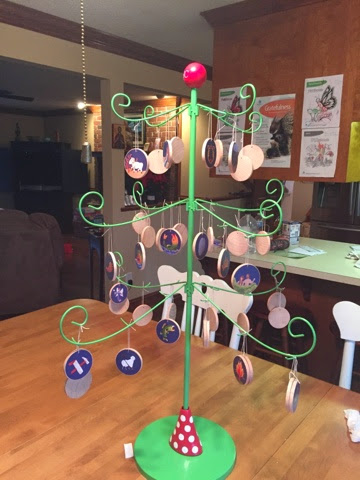 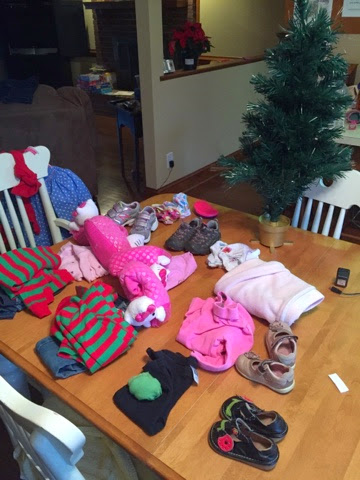 Then after a long afternoon and evening of church and carols and good food we made it to Grammy and Grandpa Joes... 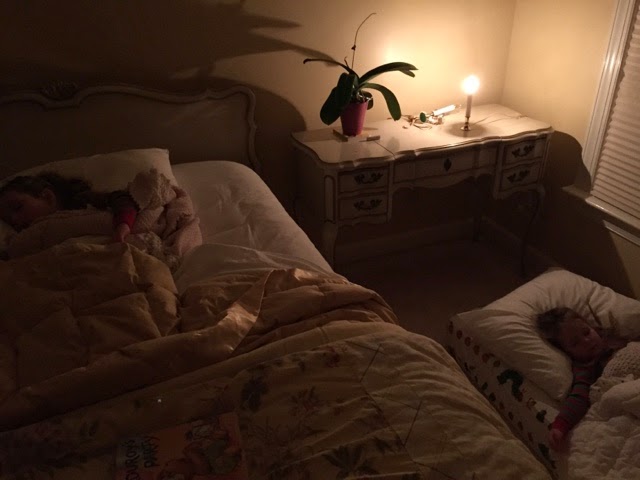 I took this picture because I wanted to remember the following conversation:

Not sure what it being electric has to do with touching it but whatever!
at December 30, 2014