My hope for this short series of posts is to help/encourage/prove that celebrating Advent is doable even with little ones. One might argue it necessary to teach kids about seasons and times of preparation and times of celebration - which is why our tree is still in a bucket of water outside and Lee just put the candles in the windows today (maybe he'll forget to turn them on for a few days.... : ) He wants to decorate the tree on the 24th but I told him I'd string the lights but ornaments are off until 12/26 since we are in no rush to get through Christmas

Here's what's been going on:


1. The Jesse Tree - Continued greatness. We read Exodus 40 and all I could think about it - yeah and people nowadays think Catholics are crazy for blessing things over and over and do not see the Biblical connection of the New Covenant priesthood. It is all there. The Jewish people had all these PREPARATION and CELEBRATION periods and had priest (line of Aaron) and had a tabernacle and an altar and HELLO I get it. Catholics aren't as crazy as I thought. Christ is the FULFILLMENT of the Old Law and established the New Law/Covenant and so much of what the Catholic Church does has Old Testament basis (probably because the earliest Christians were former Jews who knew all about at the OT). Call me slow to 'get it' or make the connection but now that I see it, it cannot be ignored.

2. Singing O Come Emmanuel - Oh Grammy went and started something. So Grammy gave us this CD so we could sing along in Latin except the CD only has three versus - not the five we are used to (insert unhappy E). HOWEVER, because I cannot listen to the song but twice maybe thrice on the way to school we've listened to a few others including Tantum Ergo Sacramentum (which E is determined to learn) and a version of Salve Regina which is fun. Oh and the paper with the versus on it... I just found it this morning. In the garage #winning 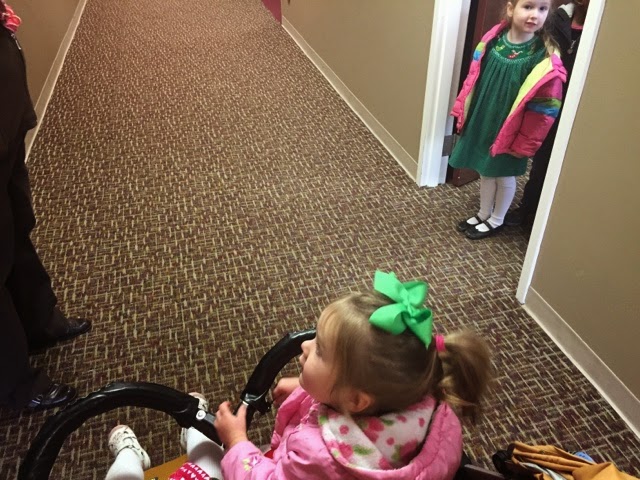 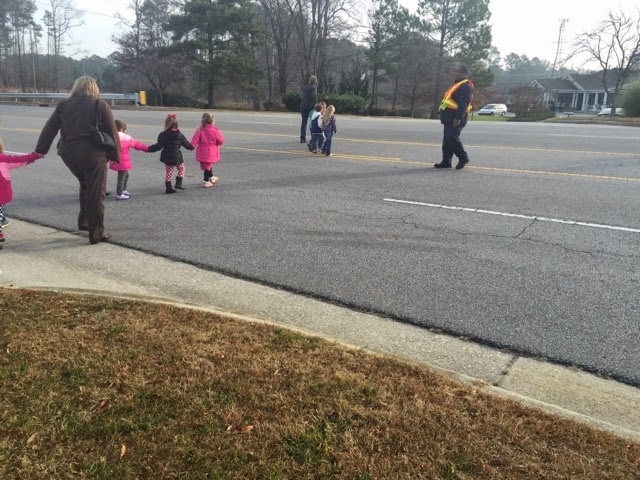 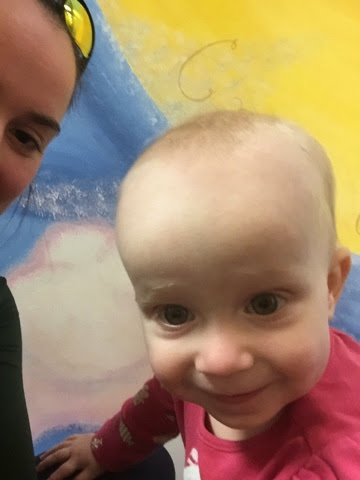 Okay... So in my quest for ingenious ideas to round out Advent multiple people suggested going to a nursing home and doing something. Well by chance or by the Lord's own AWESOME timing, E's class was scheduled to go sing at the nursing home across the street (photographic evidence of firemen stopping traffic for the kids to cross the street as my heart is pounding out of my chest). So I rolled with the nursing home idea and took R and M along because well it was our family activity too.

R did not get to sing with the big kids which was fine because we took our seats and seriously no sooner had I sat down then did the older lady sitting next to me grab R and plop her down on her lap. When R was squirmy she grabbed M. That first moment of her immediately wanting to hold R totally solidified going there for me. That was the reason I needed to take off work and go and trudge in the cold and cross the busy street to visit and give our time and our gift of presence. As I looked at the people in the nursing home I couldn't help but wonder how often they get to see their families.

Anyhow, when we got back to school, I deposited R in her proper location and M and I hung out until E's party. I felt like I spend the whole day at school! I did scoot out after the party before carpool to go shopping so now you know what our sixth and final Advent activity was which was more like an act of penance at first but you'll just have to wait to get the full scoop : )

O come, Adonai, Lord of might,Who to Thy tribes, on Sinai's height,In ancient times didst give the lawIn cloud and majesty and awe.Rejoice ! Rejoice ! EmmanuelShall come to thee, O Israel.