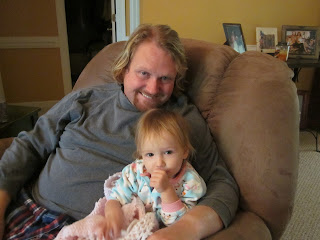 Its hard to believe that little E is already a year and a half old. Lee was just downloading pics to the hard drive and commented on how much she has changed over the past 5 months!

So was is E up to? What is she not up to? She is putting words together to make semi-sentences and has started to associate things... like Emma party or cake happy or pretty dress or baby Sted-da (Stella - a little baby from MMO). We are working hard on our manners. She can manage to get out a Thank you which sounds more like tan-tin to us... Please we are not quite there yet. She still does not have a concept of Yes and pretty much says No for anything... Would you like your cup... Noooo... 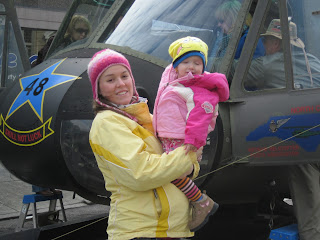 We went to Wil-town for the Whirigig Festival earlier this month and met up with one of E's friends J. They are really really cute together! It was super cold out and fortunately there was a kids museum open so E and J and company escaped the freezing temps - well not really freezing but you know. 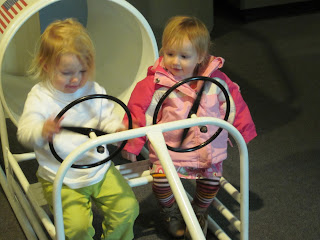 E has been on a few play dates with some of her friends from MMO. I really don't know how much the girls are actually playing and communicating but they seem to have a good time and understand each other. 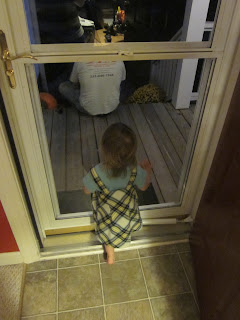 E has not been able to go outside as much because it is so cold and with the time change. Papa is usually home when its light out but sometimes its been cold and dark so she waits inside for him. I really miss going on our walks because it is good for baby #2 and me and we've had a few nice days but definitely winter is on its way. 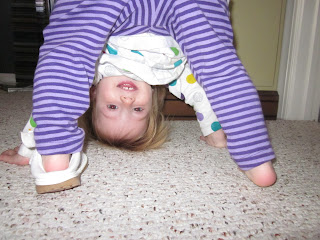 E has had a fetish for shoes like her Auntie Mary and now has started putting her own (and mamas and papas) shoes on. She has not mastered the art of determining right and left yet and get really upset if assistance is given - but we don't let her walk around with her shoes on the wrong feet for long! Also, E has started this semi-tumbling looking pose where you think she is about to do a summersault and then doesn't - but its pretty darn cute! 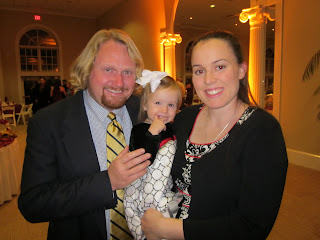 Not too long ago E went to her... second maybe third wedding. She was a rockstar. She took a 20 minute nap in the car on the way to Grammy's house and boycotted a nap in the crib that afternoon. She was in a good mood for most of the evening and eventually gave in and fell asleep in papa's arms (not pictured because there was no space left on the card). Here the last pics are from the wedding (with commentary, of course!) 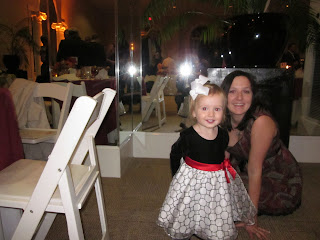 Playing with Auntie Katie in the mirror! 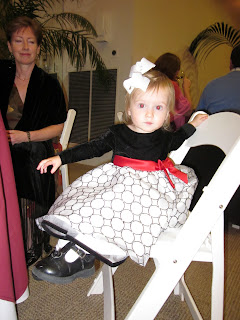 Looking so-big in the chair. She boycotted the highchair! 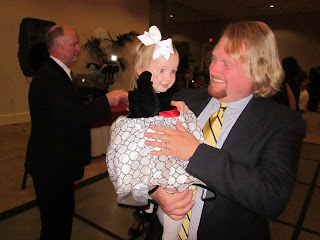 Dancing with Papa. She was super bummed that they did not play Ring Around the Rosie! 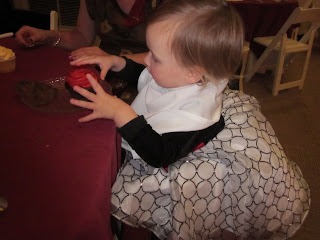 Highlight of her night - attacking the cupcake! 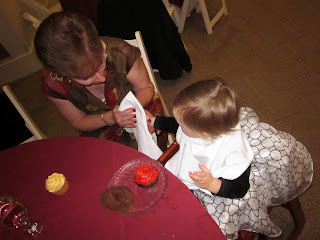 Grammy assisting with the cupcake. Seriously the cake/cupcakes were the first things that she saw when we got to the reception. I know she led me over there at least three times to 'see' them. I think Grammy took her twice and the last time they were some of the first in line to get cupcakes after the cake was cut.
E update life papi snuggles