Behind the Scenes - Afternoon Popsicles 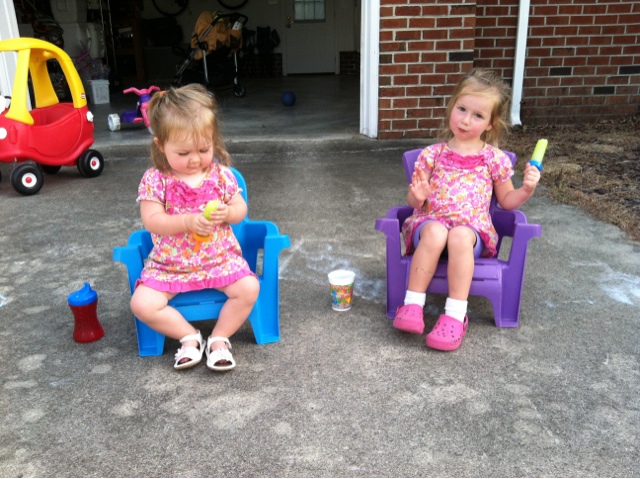 Popsicles in the afternoon is awesome. I think it was the quietest 10 minutes of outside time that we have had in a while. PLUS the girls think it is great and fun and as an added BONUS I don't have to worry about them climbing up and down the brick steps every 2.5 seconds while I {try to} relax in my rocking chair.

HOWEVER the behind the scenes part of this scenario is that the popsicles came out at 5:15 and dinner was served maybe 30-45 minutes later and let me tell you how little food was consumed... The popsicles were just little frozen Hawaiian Punch drinks that the boys up the street gave us (and I did not want to give them that much sugary sweetness in one sitting, so the popsicles were a good diffuser).

Yeah... that was bad! But its just one of those kinda days!

Email ThisBlogThis!Share to TwitterShare to FacebookShare to Pinterest
Labels: outside with the kiddos, the sisters