The Weekend in Pics with commentary

We kicked off my bday weekend with chocolate bagels from the freezer - I definitely never complain when it comes to chocolate and breakfast time. We loaded up in the van-o and headed to Pullen Park.... This is what it looked like when we left. 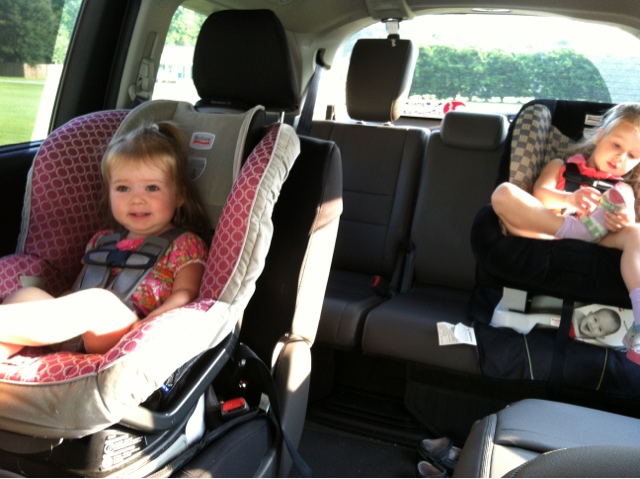 Pullen Park was a hit. Maybe if I EVER get my act together and post pics from the real camera you can see how much fun we had. We got there 20 minutes before all the rides opened and hit up a playset for a few. R demanded that she walk around and wanted nothing to do with the stroller - she is getting so big and independent. She thought it was soooo great to slide the slide especially all by herself. E liked climbing up the spider web. Then we heard the sound of the choo-chooo. R was confused at first but then was totally into waving to everyone once we could see it.

We went to the carousel first. E picked her normal pig. I tried to get R on an animal but she put the huge don't not even think about putting me down squeeze on me so we opted for the sleigh with the other skeptical little ones. R got used to it though. I was ready to get down. It is a super fast carousel!

Off to the boats. We decided we could not trust R to sit the whole ride so E rode solo. We missed the train by a minute or two so we waited around for that. R did not like waiting while sitting on the train and was not crazy about the train at first. Thought she did do better than the train ride she took with Papa at the Rocky Mount park a few weeks ago which involved her screaming the ENTIRE time.

We let the girls play in the sand for a few before we loaded up. The park really started to crowd up so it was time to go and get lunch. We got some Middle Eastern food as a teaser to our trip to DC for the food festival next week. R is not a really great person to take out to eat... She is into the screaming stage ... but I guess that comes with the territory.

Next up... new shoes for school for E. I don't know what it is about a new pair of shoes for school so.... E got her pair for 3 yr old class this year. We went to a local/family owned store in Raleigh-world because I did not know her size and who does not like supporting local family businesses? It was crowded and R was in desperate need of a nap so we worked fast. E was generally indifferent to all the other people and all the shoes. There were light up shoes. Insanely glittery shoes. Neon colored shoes. Crazy expensive shoes. So I narrowed the options to E to something more toned down that were not slip ones and non-lace up. I cannot say I am crazy about her pick and I may have tried to encourage her to choose something different but she could not be swayed. Oh well... If she goes to Catholic school next year she'll have to wear boring black shoes so I can justify these for a year. 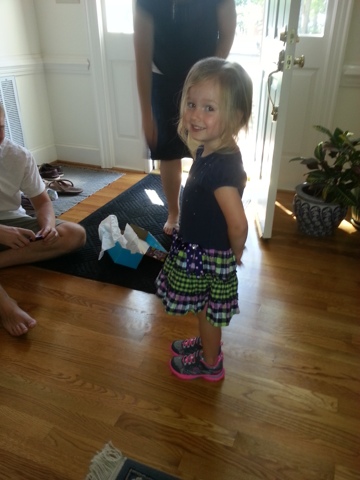 We got to Grammy and Grandpa Joe's and E had to show them off. Uncle Kevin was there for added entertainment. The girls when down for rests but did not rest at all. So it was early bed for them which was nice because the adults had a tasty, peaceful dinner. Then a leisurely chocolately dessert that would make your head spin - good thing I pasted that 3 hr glucose test!!! 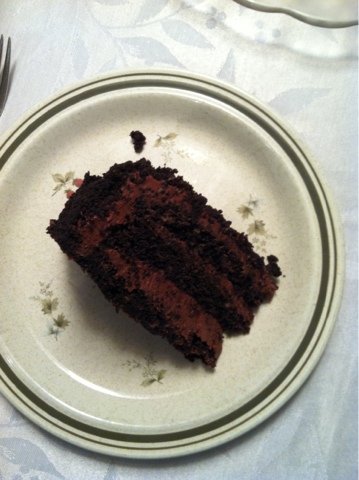 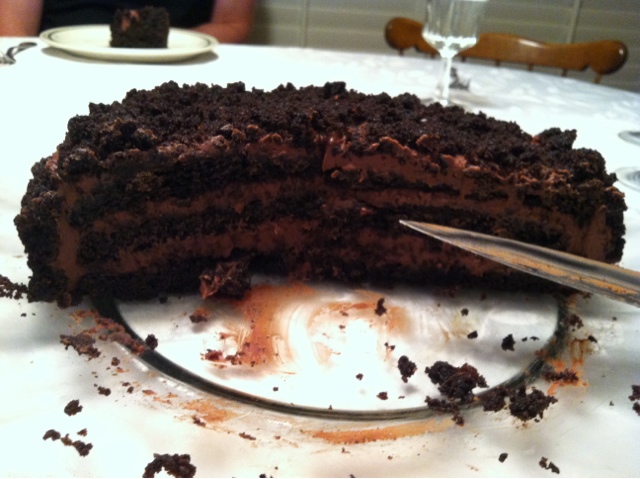 We enjoyed the rest of the evening on the porch - Papa don't you think we need to figure out a screened in porch in the 5 yr plan?

Then it was hi-ho hi-ho off to the Ukrainian speaking church on Sunday after homemade breakfast treats thanks to Grammy. It was nice not rushing out the door before the sun comes up. The girls enjoyed sitting in the third row together. 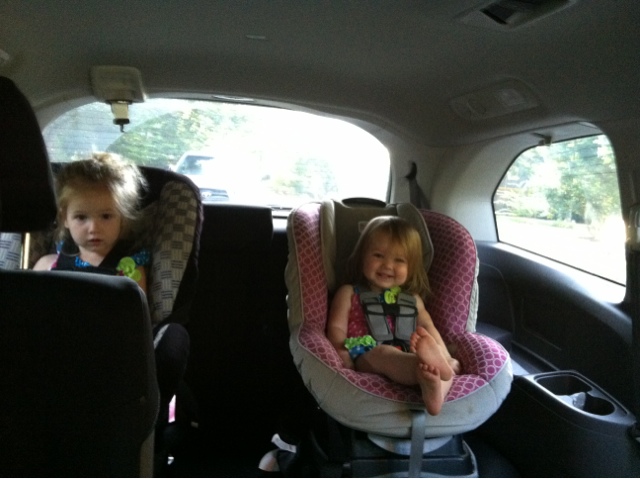 Mom's of 3 or more kids, how do you configure the carseats in a minivan? I was really surprised there was hardly any space between the two carseats in the third row! Not that it matters right now but still.

Anyway R thinks its hilarious/necessary to scream randomly in the van so then E gets upset and starts screaming at her... Solution. Hold her others hands and... silence. At least temporarily. The girls faired well at church. During the first Litany E sang "Lord have mercy" but everyone responded in Ukrainian so she was insanely confused. R did not cope too well. We stood outside for a large portion of Liturgy. She proceeded to fall on the concrete and destroy 2 candles - nothing horribly out of the ordinary. 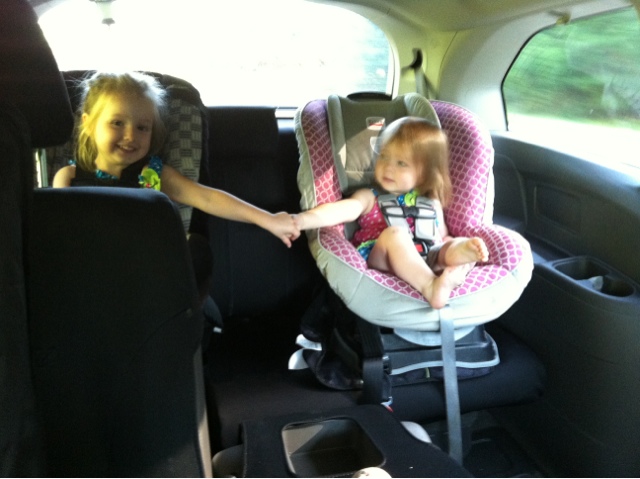 After church we were treated to a nice last brunch. R loves poppyseed muffins. Afternoon naps were a total bust because the girls fell asleep in the van - during which time Lee and I discussed in rare silence the title of his future book - 'Peace from on High - The Salvation of My Soul' topic - fatherhood.

The girls went to bed. E is not coping well with bedtime regardless of whether there is an afternoon nap. Up and down, up and down. Needing stuff. Finally I told her if she got out of bed another time she was going in the crib - I love how that threat still elicits a response.

Nani came over and we did a loop around the 'hood and talked - love that we are vecinas.

Worked on Papa's stocking - I am at the point where if I put my head down and powered through it I MIGHT be able to finish the stitching - not backstitching by October. I think if I could get all the stitching done the backstitching would be possible to complete with a newborn consuming all freetime : )

Overall, excellent bday weekend - oh and that did not include dinner out on Thursday. If you are ever in Farmville, NC and want an excellent meal... hit me up and I'll give you the name of this place. We decided to let E go with us because her cousin was in town with Jibbe so she was on cloud 9 because she was going out to dinner. She did very well and helped me finish out my chocolate birthday brownie.