7 Quickies… Because I really want to finish my book!!! 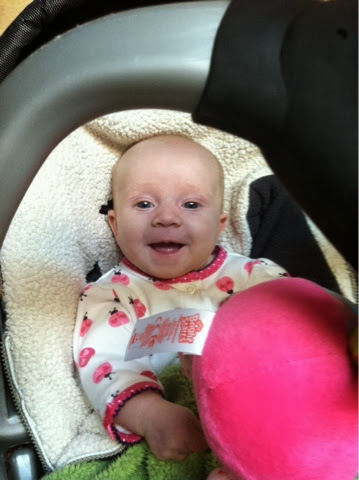 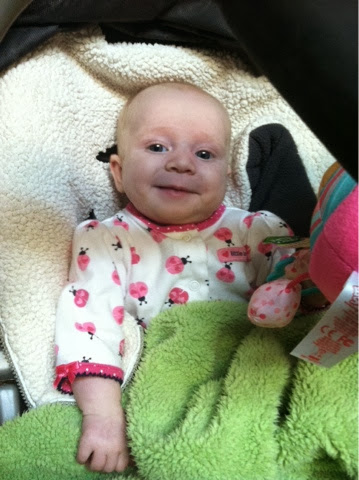 Can't resist super cute 2 month old to kick things off… M slept through the night on Saturday and then proceeded to get up at 9pm, midnight, 3am and 6am the next night. I guess the sleeping through the night thing was a fluke! And then this morning she woke up with an overflowing diaper - I just switched to size 2 and I forget to meticulously unfold all the wrinkles of the diaper so the slightly large diaper is not 100% against her skin so… accidents happen. Fortunately she forgave me with that super cute smile as I was getting her cleaned up and she earned a stay in the bed with me since new crib sheets are in order!

This week it has been super rainy and yesterday it actually snowed - for all your northeastern people it flurried. But the snow flurries were beautiful to drive through on the way to school and it did not stick to the roads (or ground for that matter) so there were no traffic issues. Of course I managed to get no pictures in the snow but you can use your imagination. 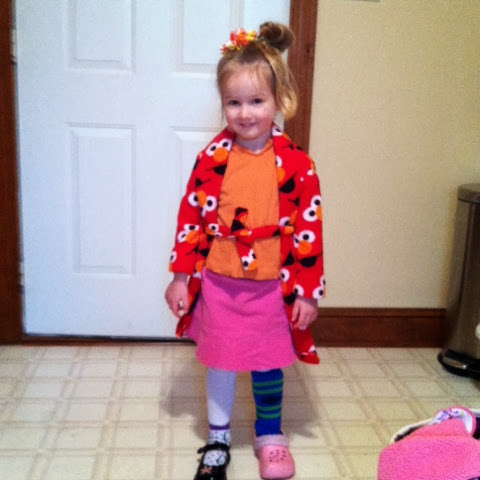 Wacky Day… day number one. Since there are kids who go 5, 3 and 2 days a week in E's class so activities are repeated. Wacky Day happened to be one. E had fun deciding what would be wacky to wear... 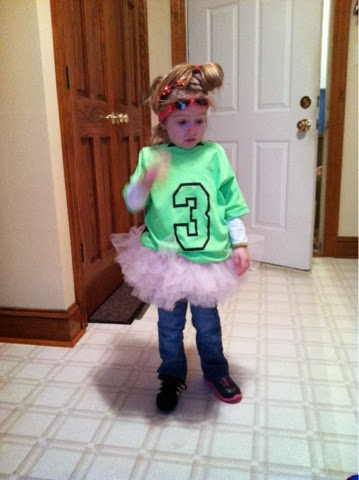 Wacky Day numero dos. Probably the ONLY day EVER she'll wear a tutu to school. We were a little frantic getting out the door as you can gather from her face!!! 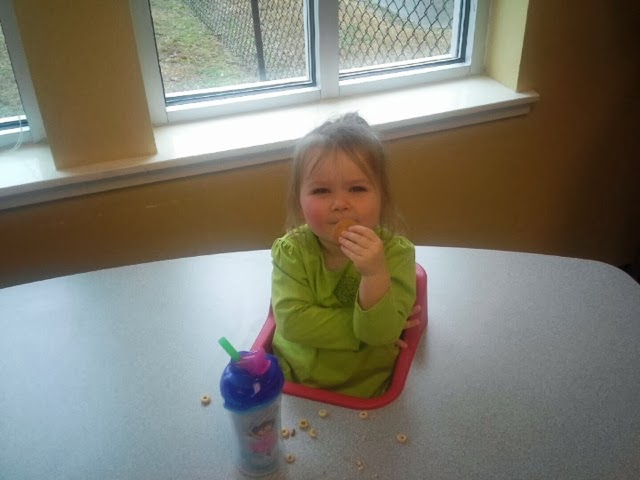 This is what snack time looks like at school for R! R and her BFF from MMO were dressed the same yesterday. They were the cutest little toddler couple EVER. I promise. 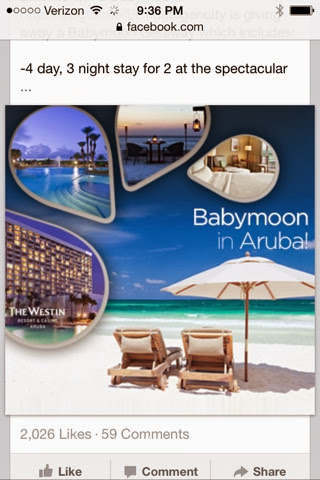 Okay… Now does Facebook know something I don't? I mean a vacation sounds fantastic but a babymoon? Lee and M and I are headed for a little {work} getaway soon thanks to Jibbe and Grammy for watching the big girls BUT that definitely does not qualify as a babymoon…

But seriously, I have had AT LEAST a handful of people {in the last week} asking when the next bebe is coming or if we are ready for another one or when are we EVER going to have a boy. All in due time, people… all on God's time. 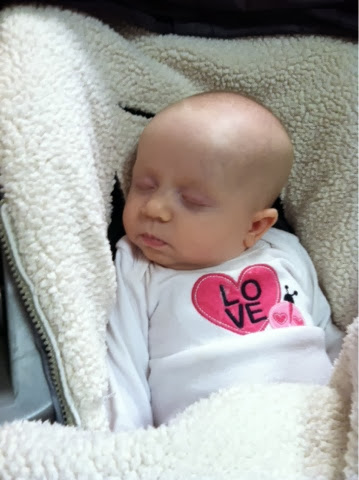 Since I know your day would not be complete without another sweet pic of M.

Now maybe I can finish my book before the morning madness begins!!!