{Go check out Cari for some over Theme Thursday greatness} 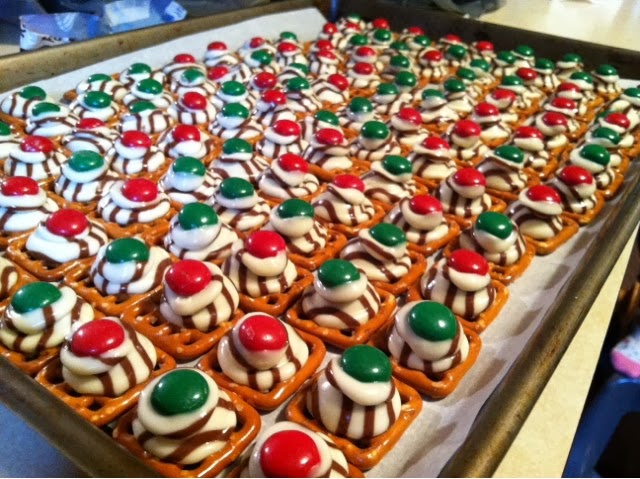 Since I am all about keeping with traditions year to year I wanted to DEFINITELY having a Christmas baking tradition... which I decided to start this year. A few years back I had this brilliant 12 Christmas cookies of Christmas. We made it to 3 cookies PLUS this year and in years past and present and future we do not need dozens upon dozens of cookies heaped up to add to our (ehem) waistlines.

This year I HAD to bake something for the people who gave us cookies so I decided to set the standard insanely low with the most non-bake Christmas treat on the planet. Pretzel-hug-M&M crunches? Super easy and nearly fool proof. RIGHT. UP. MY. ALLEY! 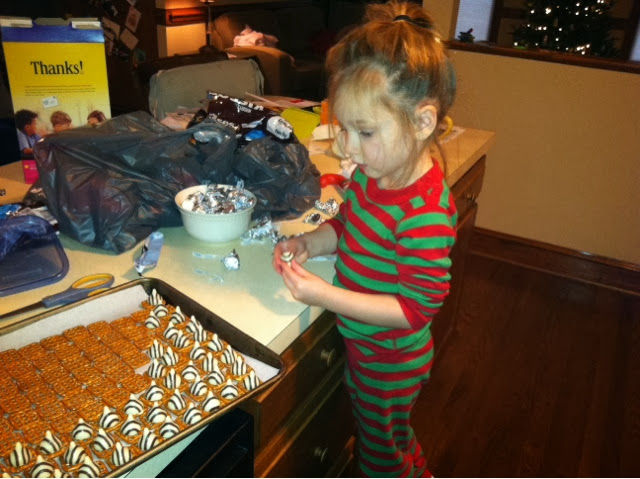 The most difficult/time consuming part of the process was unwrapping all the hugs (and kisses) - because Wally's only had mixed bags of hugs and kisses. E helped and only ate a few. You have to do the hugs and kisses on different turns in the oven because the chocolate melts a different rates - now you think I'm a really expert baker now don't ya! 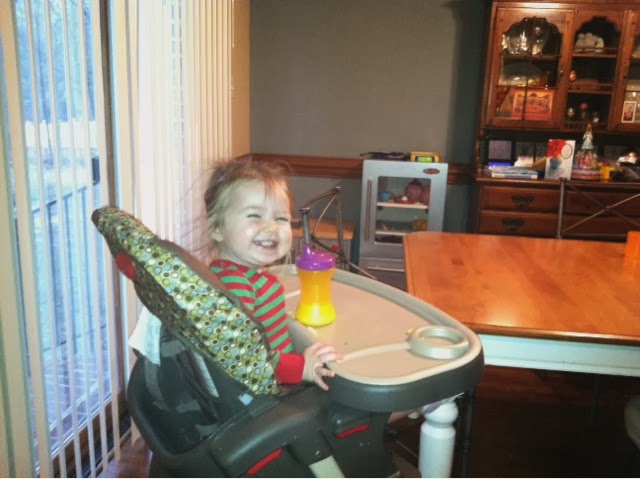 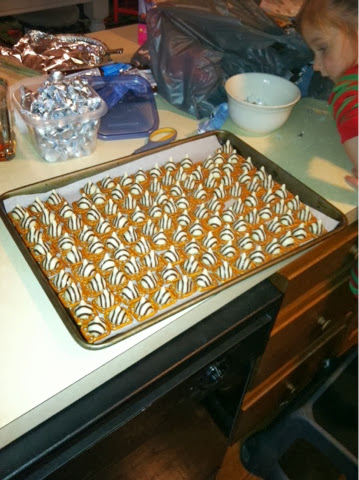 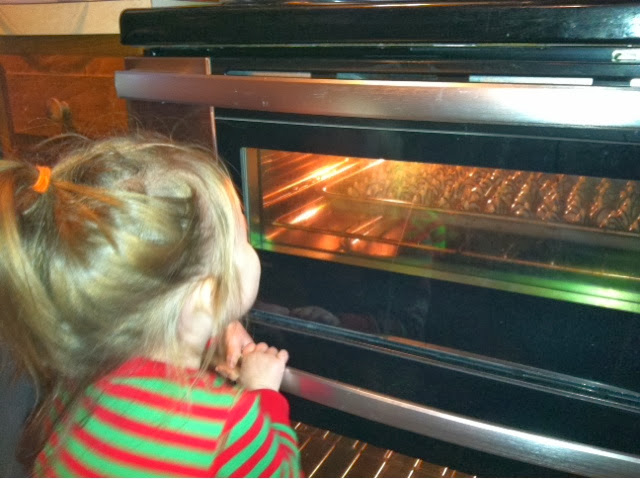 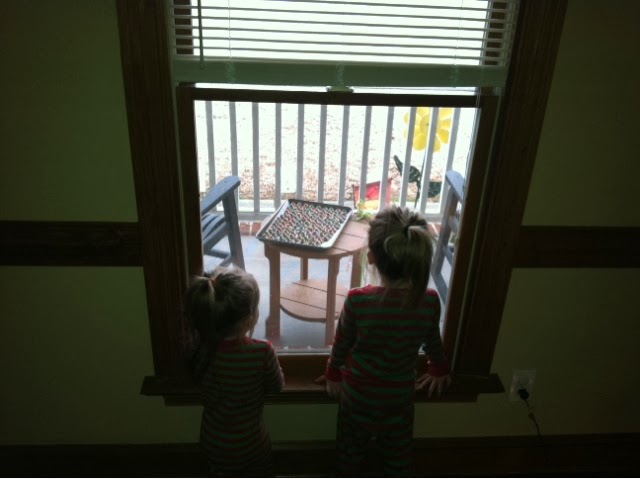 Making sure the squirrels don't get them as they cooled. I got the hankering to do these crunchies 1.25 hours before we needed to leave for Mass on New Years Day (it was being offered for Lee's dad) and I realized that they were not cooling at a fast enough rate so Lee did a power freeze on the first batch and the second batch (of kisses) sat out until we came home.

I wish I had more pics but I was totally up against the clock and then when we got home I took a nap - seriously. Going to Mass (novas ordo) is a penitential act with R. Next time I am staking out the best seat in the house in the basement with the video monitor and forgetting the rosey idea she might actually behave for the entire Mass in the pews. And forget it if it is a trad Mass. After church,

Lee -was that R I heard throughout the Anaphora
Me - Yep
Lee - I figured it was but was hoping it wasn't
Me - Yep... we were in the basement too

Guess she set the bar SUPER low for her 2014 church behavior and can only go up from here. Just like me and my baking skillz {wink}
at January 02, 2014