Who knows what I'm talking about here???

Now of course there are varying degrees of tag team parenting that make the family structure go around. You have your, "I will take one to the store while your stay here with the other". There's "will you pick something up for dinner so I don't have round up the kids and go". There's "okay I've been back there three times - its your turn to see why she won't go to sleep" kind.

As a parent of one or 10 it does not matter, we parents are all players in the tag team game.

The thought of handling the kids and the drama and the activities and the food and the bedtime is daunting - especially alone - that's not to say it cannot be done, its just a whole lotta work.

I want to share the Real Life tag teaming extravaganza that is our life - our ABC life and I would not have it ANY other way. It may be hectic around here but it's a great life.

So it all started out when I took on another job other than the good old pool store. Working for someone other than family... Don't put all your eggs in one basket! Then it was two part time jobs which was great. I could work late or go in early and no problems. Then E came along and I struggled with staying at home and daycare - ALOT. Fortunately Jibbe - yes she is great I know - and my other boss said to bring on the kid (s) and let me bring E to the office do I could work and maintain sanity - no post partum to report here. That was great until E was crawling and it seemed unfair to get to keep her in a pack and play all day so enter MMO. I knew I could not do full time daycare and I am grateful to all the moms who have their kid(s) in daycare aka the lactation consultant who I don't think I would have nursed the girls as long as I did without her help!!! I knew I could not stay home full time either. So MMO was my solution but its only half day - enter the tag team which was not fully realized until R came along and Lee and I moved from double coverage to girl-to-girl!

Example, I am getting ready for a big out of town trip and bed to run to work to go over stuff with my boss ( and it is January and Lee is not insanely busy). Tag team! Run to office for 1.5 hrs and everything is under control when girls get up from naps.


Classic tag team from way back, in a plot to get Jibbe out of Swimworld for more than 2 hrs during the summer so we can prove to ourselves and to customers that Jibbe is not the end all be all at Swimworld - even though she is and had the answer to everything and I still call her often when she is not there - Jibbe picks E up from school once a week and they romp around the Mount. Probably the single most thing E looks forward to every week - no lie. They go to Chik-Fil-A and get ice cream. They have been seen going to Target to get 'little coats' and to Tar-bough-a aka Tarboro to get Crocs - the pink ones that change to purple - in the sun. E had such a great relationship with Jibbe it almost makes me jealous - I will never know my grandparents as well as E knows/loves/adores hers. Jibbe is part of tag team parenting - one afternoon a week. I had time to myself at work before R came. Now R and I yet some time alone on Thursday afternoons even if it is at work it is nice playing chase around Swimworld or looking at City Lake or playing with the hanging bumblebee flag that she squeaks at!

Now let's not forget Grammy and Grandpa Joe they are tag teamers too now. They bravely have kept  E overnight many times. Grammy has come to the rescue and watched E when I have been out of town or when MMO is closed (those days cause me lots of undue stress - did I mention I love our routines). I remember when R was super small, E spent the night at Grammy's and Lee and I stared at each other because the house was quiet and we had one kid again - even if it was for a few hours that morning it was weird and the house was empty. Now you could even throw Uncle Kev into the tag teaming routine at Grammy's because he has graciously come to G&Gs aid to entertain E.

Then there is the day to day tag team parenting. Now this is not meant to complain - that is not the case - but honestly summer parenting can be really rough -but when your tag teamer is tied up from before the girls are up until dinnertime - 6 days a week - tag teaming is not a game that can be played. I love being able to have the afternoons - after naps of course - with the kids but those summer weeks are long ones. In reflecting on the challenges, I think if I could get dinner organized in the morning before they are up that would take some significant stress out of the summer. Around the 4-6 witching hours tag team parenting is the most necessary so if you don't have a plan to avoid the sugar crash and fill up tummies then meltdowns ensue.

Anyway, I typed part of this on the airplane on my phone and the rest at 11 pm at the hotel. Enough rambling. Y'all know what I am talking about.

Here's to tag teaming... it makes the world go round

Lady C is no Longer Three 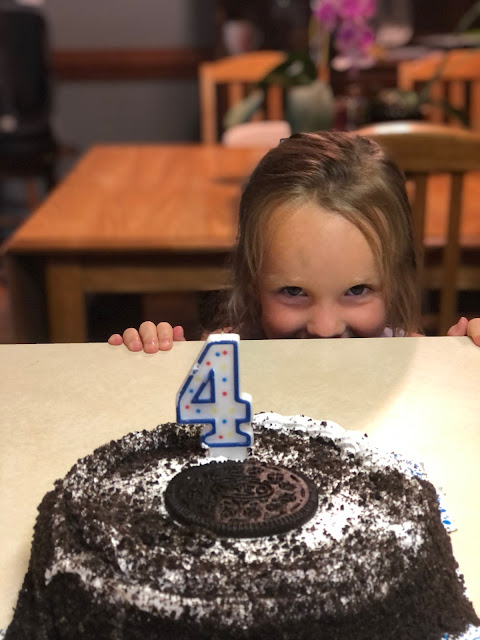