7 Quick Takes - The Progression of a Newborn's Smile


E had her Christmas preschool program last night and it was awesome... but since I did not take any pics with my iPhone you'll have to wait 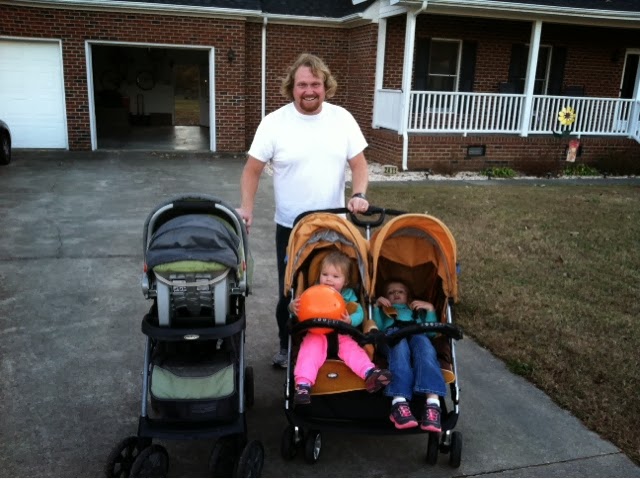 Triple stroller anyone? Papa is not 100% convinced - nor am I that a triple stroller is in order. We have been sharing the 3 girl load. Though I do NOT push the 90 lb stroller; I opt for the 15 lb one : ) 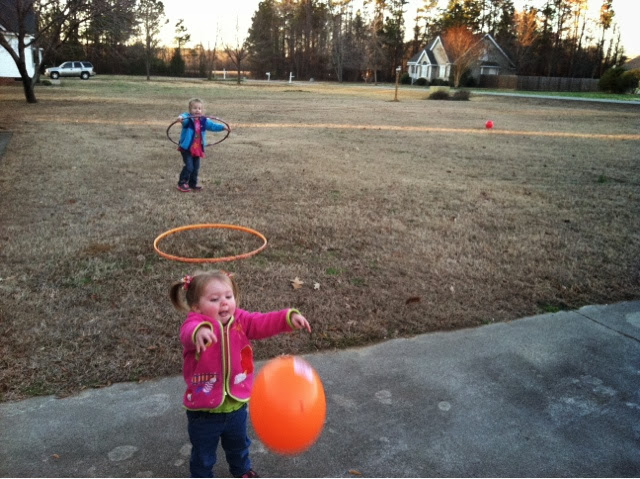 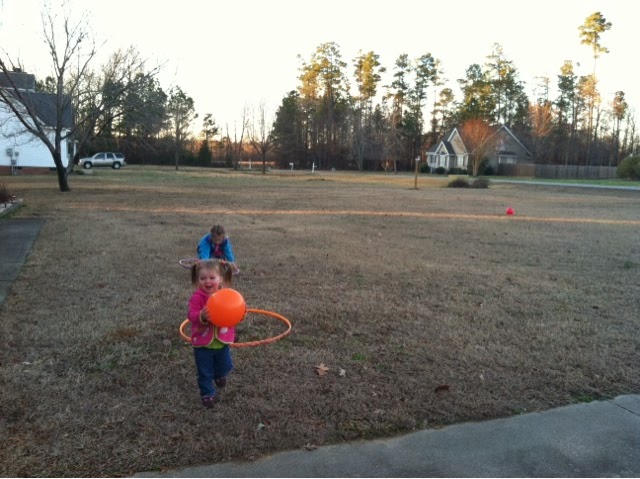 Speaking of outside... The weather was in the 60s (and is getting up into the 70s this weekend) this week so we took the girls outside one afternoon. They loved it but I am not sure who loved it more - us or them. I am seriously considering the installation of an indoor playground - like one at Chik-Fil-A or something because afternoons inside around here are... LOUD. Papa has been trekking off to daily Mass a few days each week and gives the homilies on Wednesdays. One Tuesday night the priest called him at 9:45 and asked if Lee FDJ could give the homily the next morning. So after a mere less than 2 hr prep that morning 5-7am he gave a homily that got raving reviews...so I am just a tad bit proud of him : ) Considering 18 months ago I'm not sure how it would have turned out. He's giving the homily at M's baptism so I have told him it had best be awesome because... well.. its his daughter : ) 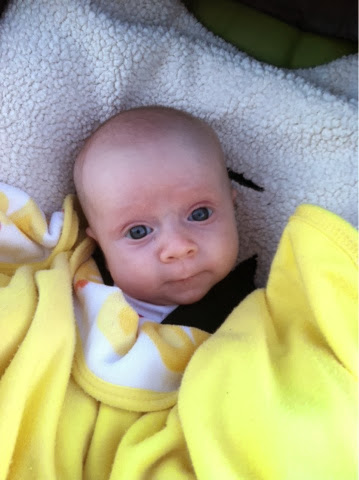 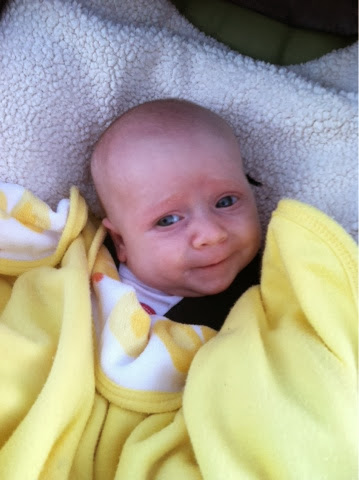 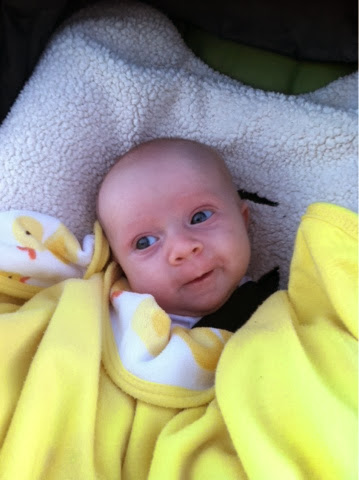 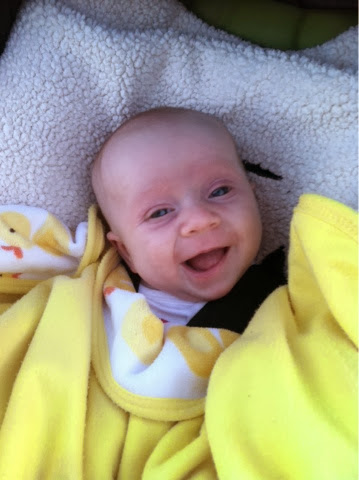 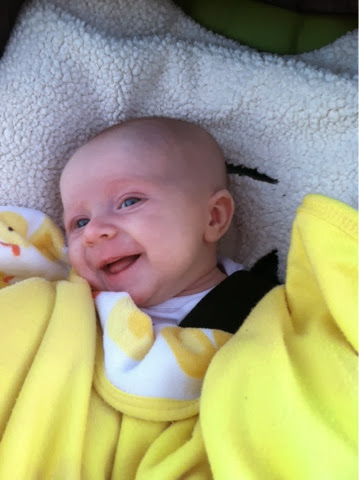 Yep... LOVE HER so so much even though she has got this crazy I'm not going to sleep in the afternoon/evening thing going on - unless she is in her carseat. 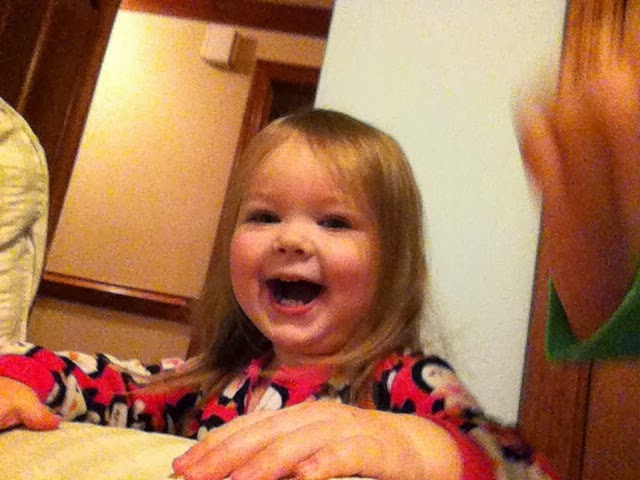 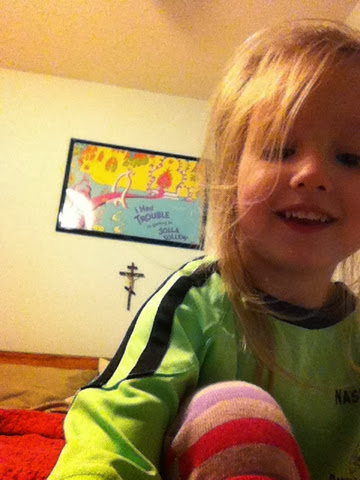 Then there's these daughters who are off of school for the next 2 months weeks. Fortunately between Christmas and New Years activities, M's baptism and Grammy taking E to the Nutcracker - which she does not know about yet - I think we should not go too, too crazy. They'll probably take 100 more selfies though! 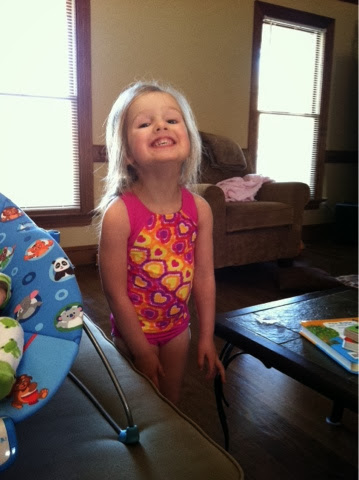 Yes it is too cold for a bathing suit but allow me to step up on my soapbox for a moment-ito. So St. Nicholas brought E a new bathing suit that he had found on sale at a kids store here in town. I NEVER buy anything there but everything was 50% off so I was game for a few nice things. Bathing suit was maybe $15 and it was a two-piece - which is awesome when you have little ones who need to go to the bathroom you/they are not messing trying to get the entire thing off - only the bottoms. Well, well here is where I feel like I'm from the 20s speech...

The bathing suit was fine and fit well but when her hands were at her side there was a little bit of her tummy exposed - fine she's 3 not a big deal. BUT when she lifted her hands over her head.... The top rode halfway up her tummy. Not cool. I'm just not game for my little girls wearing stuff like that - I don't even like putting them in spaghetti strap tank tops and dresses - I have been known to allow it.

So back to the bathing suit. Now I'm definitely not as conservative as say the Duggars when it comes to swimwear - I think they were something like Wholesome Wear, maybe? But E's new bathing suit was not here to stay. So we went on Amazon and found a more acceptable one (pictured above). She was pretty much a tearful wreck when I/we told her that she could not keep the other one BUT she loves her new one and as an added bonus she knows that we do not like to see her tummy so she learned a bit of preschooler modesty in the process - score one for the mom team!!!

It seems like there is a mountain of stuff to do before Tuesday night when we trek to our 2.5 hour Vesperal Liturgy for the Nativity. So let's see...

Email ThisBlogThis!Share to TwitterShare to FacebookShare to Pinterest
Labels: christmas, outside with the kiddos, quick takes, swim time