To Halloween or To Not Halloween... That is the Question 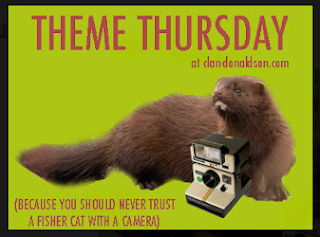 Halloween = orange to me... Here are a few pics from fall/Halloween. I miss my little squeezable pumpkins and patiently.. ehmm.. (not) waiting for pumpkin numero 3.


Now... depending on the arrival date of baby 3... we are going to have a teeny tiny pumpkin or a massive walking pumpkin. I have got to come up with picture taking plans for both scenarios. I think it will be much easier to photograph a newborn pumpkin then a walking pumpkin. R was hard enough and she was 9-ish month when that pic was taken (E was 6-ish months).

Okay people Halloween is a hot minute away and so is baby #3. I have officially decided that the baby should come on 10/23/13 because that seems like a good birth date. SO now that I have decided the baby should come that day - according to me - I'll have a fresh new baby at home on Halloween. Or if things don't happen the way that I have decided they should - I will be very much pregnant on Halloween.

Regardless I have not thought about Halloween... in so far as, I am not going to be responsible for anything. No costumes. No bell ringers. No walking the neighborhood. At least for me.

Last year I took E out in the neighborhood and there were probably 20-25% of neighbors passing out candy. The Mount is in the H-E-A-R-T of baptist country so there are a number of people who do not 'celebrate/recognize' Halloween at all. There are lots of fall festivals and trunk-or-treats at local churches. 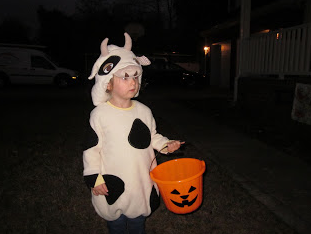 Which is totally fine with me. I mean what are we really saying with "Trick or Treat"... That's a rhetorical question. Though, I can attest, I was not scarred for life by trick-o-treating growing up. The focus of Halloween was fun... nothing super scary or witch worshipping or anything like that. Which is why I am not opposed to Halloween - it is a fun thing not a cult thing.

Aside from the fact that I am overly and over being pregnant, trick or treating in the neighborhood is not easy since the houses are on 1+ acre lots and there is not a string of houses passing out candy. Also, E is clueless about it because no one at school is talking about it. And I don't want to drop $25 on a costume. Yep... someone send me a Grinch costume so I can open my door wearing that.

So here is the question of questions... What should we do? I have polled some friends and the jury is not bringing back a unanimous verdict. One thing is for sure. I will not hold myself responsible for Halloweening activities. If E were to go out... she can dress up as a ballerina or princess and be done with that side of it. I also don't think it is fair to send her out (with Papa) and not pass out candy at the house. Should we (being Papa and E - because really R does not need to go out) try and hook up with a friend and go in their neighborhood? Bag it completely? 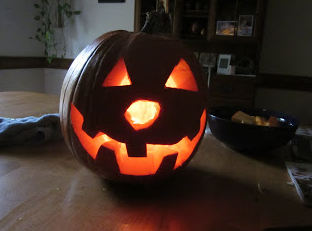