This seems like a fun little link-up and maybe it will get me into blogging gear again. As it was pointed out to me that I have not posted since last Friday...

Baby Kibbe Numero Uno - I don't think I had any crazy crazy cravings with E. I did have an aversion to breakfast pork - sausage/bacon etc made my stomach do cartwheels. Before Lee and I had kids we actually had leisurely Saturday breakfasts that involved some pork product and eggs. Not anymore though : ) Also, I could NOT stand the smell of coffee for the longest time. One time I had this 'craving' for a chicken casserole - and Lee is not a casserole chef - and he made one and it was so DRY tasting to me I literally sat at the table and cried. I have very vivid memories of that. That was also Lee's last bout with casserole cooking too. Finally, when I did not have kids and worked all day I would go to McDonalds and get either a sweet tea or chocolate milkshake. After some investigative research I found the tea was the 'better' option of the two but then my doctor said I needed to get with the program and stop gaining weight... I stopped. Yes he actually told me that. That's why I like him, he tell me stuff straight up. Total weight gain was 35 lbs.

Baby Kibbe # 2 - I did not have the crazy bacon/sausage smell aversion. I just had an aversion to eating it. I probably could drink coffee about half way through. I don't have any super crazy food stories with R. I am sure Lee stopped at Cookout more than one time to get me an Oreo Mint milkshake. I do remember dropped E off at my parents the night before my first doctor's appointment and getting a Mint Chocolate Concrete at Goodberry's (if you have been to NC and not gotten to Goodberry's you are missing out on something fantastic). Somehow I managed to only gain 25 lbs that pregnancy .

Baby Kibbe Number 3 - I have not been having any serious aversions this time around though I have been generally uninterested in eating anything in the morning. I get maybe a .5 cup of coffee down and I have been eating the Jimmy Dean breakfast sandwiches. I think I always have a chocolate craving especially while I'm pregnant so I have resorted to not keeping chocolate in the house - even Lee has been hiding it from me. He'll get the take and bake cookies so we can bake a few for dessert which has been awesome BUT I assure you I have eaten more cookie dough than cookies... Whoops! Also, a word to the wise... wine tasting are a major bummer if pregnant. I would not recommend it... ever! Total weight gain is 8 lbs... 17 weeks to go so I am feeling good and hoping to stay at a reasonable gain-age... In fact last night I was telling Lee I really wanted something sweet - and we really don't have anything here - with good reason - so instead of driving up to the gas station for DrumSticks I ate a banana and peanut butter... I am totally a rockstar!

Just as a little plug here... if anyone is going to be a nursing mama or is (for a little ex-Womb service) check out a little giveaway I have going on : ) 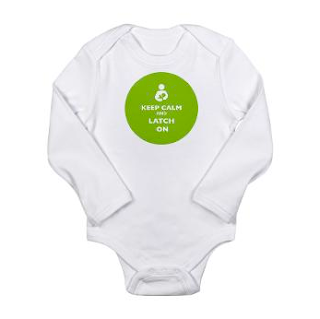